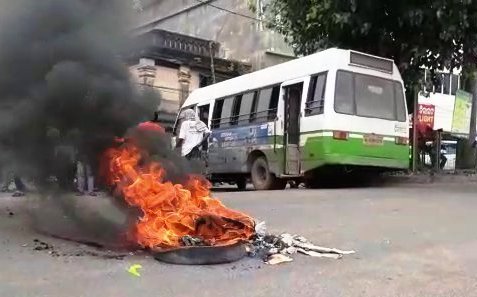 The workers later staged road blockade in front of the police station by burning tyres. Policemen have been deployed at the spot to prevent any untoward incident.

They were protesting detention of a Congress worker after a group of party workers barged into the office of Cuttack Municipal Corporation (CMC) during observance of bandh yesterday.