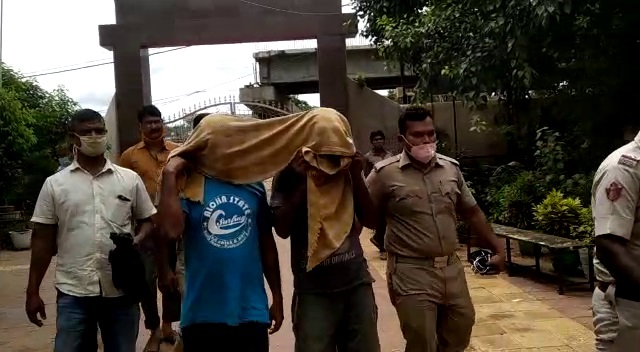 Bhubaneswar: Khandagiri Police today arrested two conmen, who were allegedly looting customers in the garb of a flesh trade in Bhubaneswar.

The accused persons have been identified as Amar Senapati of Unit-8 area in Bhubaneswar and Manoj Gouda of Ganjam district.

Police said that the duo was involved in a fake flesh trade racket and following the new technique for loot .

According to reports, a businessman had visited Bhubaneswar from Talcher on August 13 and came in contact with two looters. The duo had met him at Bharatpur Chhak on outskirts of the city and took him to a room in Chandrasekharpur area alluring him of providing him a young girl. After they reached the place, the two robbers physically assaulted him, looted his cash and car fled from the area.

Following a complaint by the victim, the Khandagiri Police had initiated probe and apprehended two accused persons.