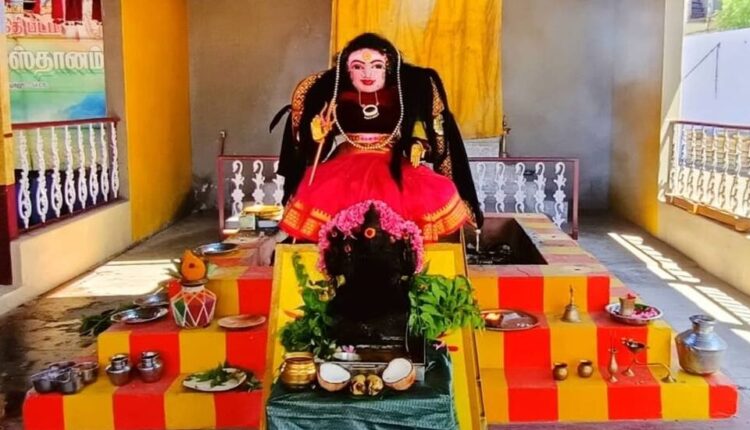 Chennai: With an increase in Covid-19 cases followed by deaths, a group of faithfuls in Coimbatore have created a temple dedicated to “Corona Devi”.

This resembles a similar situation in the early 1900s when the plague was claiming lives and then the faithful dedicated a temple for plague named, “Plague Mariamman Temple”. This temple was formed and consecrated with an idol after plague was coming year after year in Coimbatore district.

As Covid is also creating havoc across the country with the second pandemic turning more lethal, faithfuls and believers have created a temple at Kamatchipuram near Irugur in the outskirts of Coimbatore city.

The temple was set up by the authorities of Kamatchipuram Adinam at its premises.

An official with the Kamatchipuram Adinam told IANS that Corona Devi is a black stone Idol which is 1.5 ft long and we strongly believe that the goddess will protect people from this grave disease”.

This is the second temple dedicated to “Corona Devi” in South India.

The first was at Kadakkal in Kollam district, Kerala, when a temple priest had installed an idol of the deity in a makeshitemple in the premises of his house.