Bhubaneswar: A day ahead of the world famous Ratha Jatra this year, the Capital Region Urban Transport (CRUT) today released the schedule of a special shuttle service in three routes.

Here’s the detailed schedule of the special shuttle service: 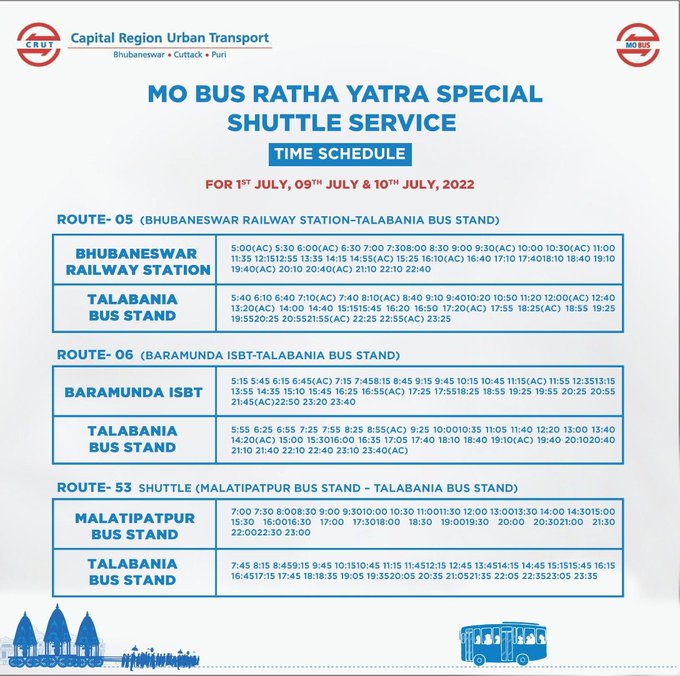 However, Route No. 53 shall be modified as Route 53 Shuttle, plying as intra-city bus service from Malatipatpur to Talabania Bus stand, Puri with a flat fare of Rs 20 only.