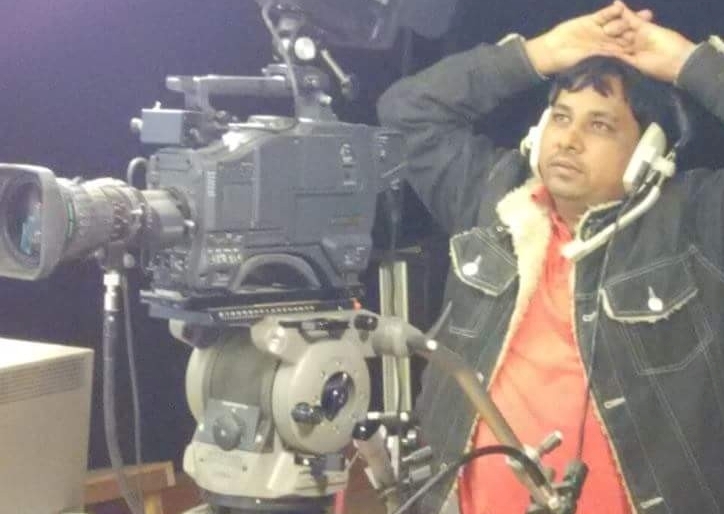 Raipur: A Maoist ambush on Tuesday killed Doordarshan cameraman Achyuta Nanda Sahu of Loisingha in Odisha’s Balangir and two policemen in Chhattisgarh’s Dantewada district, which is set to go for polling in the first phase of Assembly elections in the state on November 12.

Two other police personnel and a journalist also sustained injuries in the ambush, the second in the last four days, that took place around 11.20 a.m. when a Doordarshan crew was moving with a security patrol for coverage in Aranpur area, Deputy Inspector General of Police P. Sundarraj told the media here.

“Two police personnel died on the spot while the cameraman, who suffered grievous injuries, later succumbed to his injuries,” said the officer.

He added that the police personnel and the media crew were moving from Aranpur police station to Nilaway village in vehicles when they were attacked.

The official said an inquiry has been ordered to find out the reason being the incident. He accused the Maoists attempting to create hurdles in the upcoming elections in the state.

The Maoists have asked people to boycott the polls. Dantewada is among the areas going to polls in the first phase covering 18 constituencies.

“Now our primary focus is to provide medical assistance to the injured,” the officer added.

Meanwhile, DD News in a tweet said: “DD News had deputed a team to cover the Chhattisgarh polls, comprising cameraperson Achyuta Nanda Sahu, Dheeraj Kumar and M.M. Sharma. In a Naxal attack, Sahu was martyred. The entire DD News family salutes his service and stands by his family in this hour of grief.”

Condemning the attack, Information and Broadcasting Minister Rajyavardhan Singh Rathore tweeted: “Strongly condemn the Naxal attack on DD News Live crew. Deeply saddened by the demise of our cameraman and two jawans. These insurgents will not weaken our resolve. We will prevail.”

On Saturday, the Maoists had fired on a contingent of Central Reserve Police Force in Bijapur district, killing four troopers on a day when Chief Minister Raman Singh kicked off the ruling BJP’s election campaign for Assembly elections.