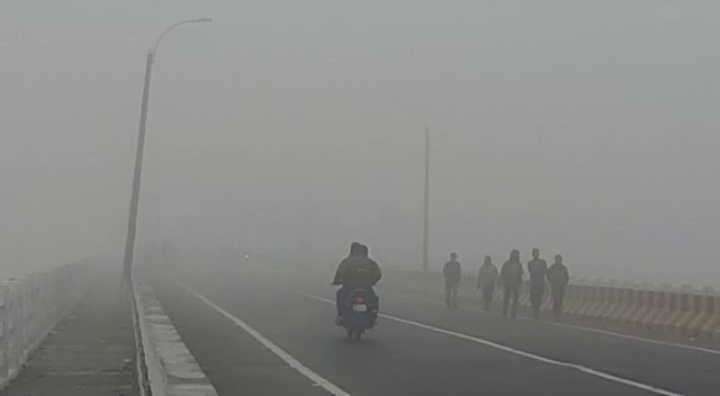 Bhubaneswar: In view of dense fog forecast for several districts of Odisha for next few days, the Special Relief Commissioner (SRC) office directed the Collectors to ensure police and transport officials take steps for controlled vehicular movement on both national and State highways so that road accident could be avoided.

Also, farmers may be advised to cover their harvested crops and keep them in safe places in the districts for which the meteorological centre has forecasted thunderstorm accompanied by lightning. The Collectors have been asked to monitor the situation closely.

Thunderstorm with lightning alert were issued for Sundargarh, Keonjhar, Deogarh, Jharsuguda, Sambalpur, Bargarh and Mayurbhanj districts from 8:30 AM of February 3 to 8:30 AM on February 4.

Thunderstorm with lightning is likely in Balasore, Bhadrak, Jajpur, Kendrapara, Cuttack, Jagatsinghpur, Sundargarh, Jharsuguda, Bargarh, Sambalpur, Deogarh, Angul, Dhenkanal, Keonjhar and Mayurbhanj districts from 8:30 AM on February 4 to 8: 30 AM on February 5.

The met centre has issued yellow (to be updated) warning for the districts.