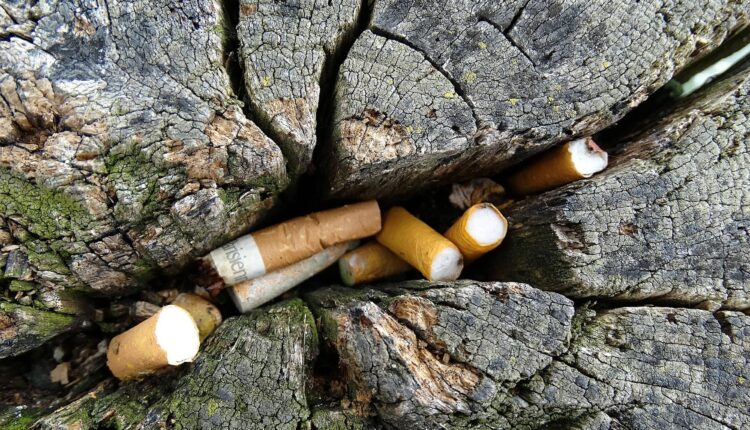 Bhubaneswar: The World Health Organization (WHO) recently revealed the extent of damage that tobacco causes to environment, beside human health, calling for steps to make the industry more accountable for the destruction it is causing. As per the agency, tobacco industry costs the world more than eight million human lives, 600 million trees, 200,000 hectares of land, 22 billion tonnes of water and 84 million tonnes of CO2.

In its report “Tobacco: Poisoning our planet”, the WHO said the industry’s carbon footprint from production, processing and transporting tobacco is equivalent to one-fifth of the carbon dioxide produced by commercial airline industry every year, further contributing to global warming.

“Tobacco products are the most littered item on the planet, containing over 7,000 toxic chemicals, which leech into our environment when discarded. Products like cigarettes, smokeless tobacco and e-cigarettes also add to the build-up of plastic pollution. Cigarette filters contain microplastics and make up the second-highest form of plastic pollution worldwide.”

With tobacco industry considered to be a major contributor to environmental damage, the alarming rate of tobacco consumption in Odisha has become a major cause of concern for climate activists.

Though the state Government has banned sale and manufacture of tobacco products since 2013, about 51 % men and 26 % women in the state consume tobacco in any form, as per the National Family Health Survey-5 (2019-2021). This is higher than the national average of 38 % men and 8.9 % women.

As far as consumption of smokeless tobacco is concerned, Odisha records the highest prevalence of smokeless tobacco (SLT) use, at least four times the national average. As per the study conducted last year basing on the outcomes of Global Adult Tobacco Survey (GATS) I and II, the prevalence of SLT in the state has increased from 35.49 % to 56.53 % within seven years, whereas the national prevalence reduced from 18.4 % to 12.76 % during the period.

Mohammad Imran Ali, an anti-tobacco campaigner from Odisha, said, “There are loopholes in tobacco laws, for which both the Centre and the state Government have failed to check tobacco consumption. Companies are twisting the laws as per their own convenience to sell their products in the market.”

“Though both direct and indirect endorsement of tobacco products is prohibited in the country, hoardings of celebrity endorsing various tobacco brands are being displayed across the country,” he added.