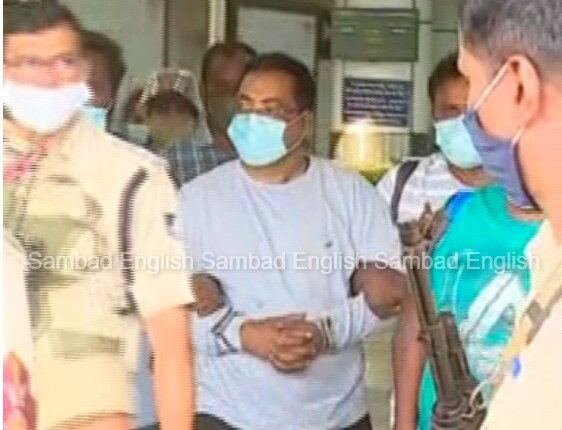 Bhubaneswar: Gangster Sheikh Haider, who had escaped from a hospital while undergoing treatment in Cuttack last week, was brought back to Odisha from Telangana in a flight amidst tight security today.

Soon after landing at the Biju Patnaik International Airport (BPIA) in Bhubaneswar, the Commissionerate Police escorted him to the  Judicial Magistrate First Class (JMFC) Court in Cuttack for appearance later in the day.

“We will apply to take Haider on a transit remand after deposing him before the court,” Police Commissioner Saumendra Priyadarshi told reporters.

“Based on a case registered at the Mangalabag Police Station, We will take him on the remand for grilling him to know how the criminal managed to flee from the hospital,” he said.

The dreaded criminal had fled from the SCB Medical College & Hospital in Cuttack on April 10. He was nabbed from a place near Sangareddy district in Telangana on Thursday evening.

No Haj without two vaccine doses: Haj Committee of India

Haider’s aide, who had supplied ‘spiked’…