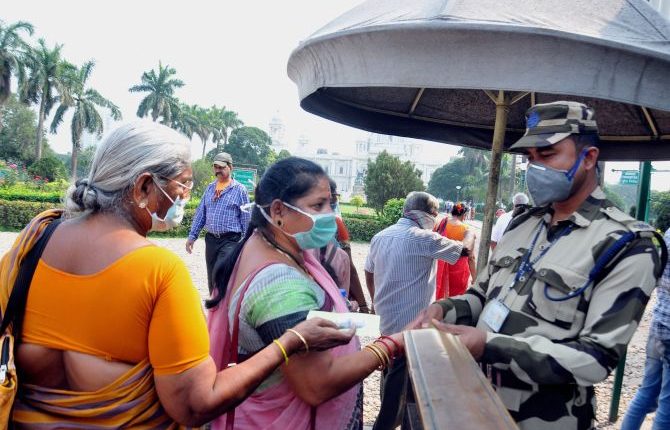 Kolkata: The first confirmed novel coronavirus case was detected in West Bengal on Tuesday, as a youth who returned from the UK recently tested positive.

He has a sore throat and slight cold, and was being given supportive treatment for the symptoms.

The 18 year old youth, who came back from the UK on March 15, was admitted to the state’s referral hospital for infectious diseases ID Hospital, Beliaghata, on Tuesday morning.

His sample, sent to the National Institute of Cholera and Enteric Diseases (NICED), was found to be positive in the evening.

His sample has also been sent to the National Institute of Virology, Pune, for reconfirmation.

His parents and driver were also being brought to the ID hospital for quarantine. According to health department officials, their samples would be sent to NICED on Tuesday night itself.

According to sources, the youth, who studies in England, had attended a birthday party there in which a number of invitees later developed the deadly disease.

The youth apparently did not have any symptoms of novel coronavirus when he underwent thermal screening at the NSCBI Airport here.

However, when the health department officials learnt that a number of people who attended the party, including his girlfriend, had got the disease, they contacted him and requested that he should get hospitalised on Monday.

But his patients took him to hospital only on Tuesday.

Sources said the infected youth is a son of a bureaucrat — a special secretary in the state home department.

Extra safety measures have been taken at the ID Hospital. All gates to the isolation ward is under lock, and a number of police personnel have been posted

The care givers at the hospital have been given all kinds of protecting gear for their own safety.