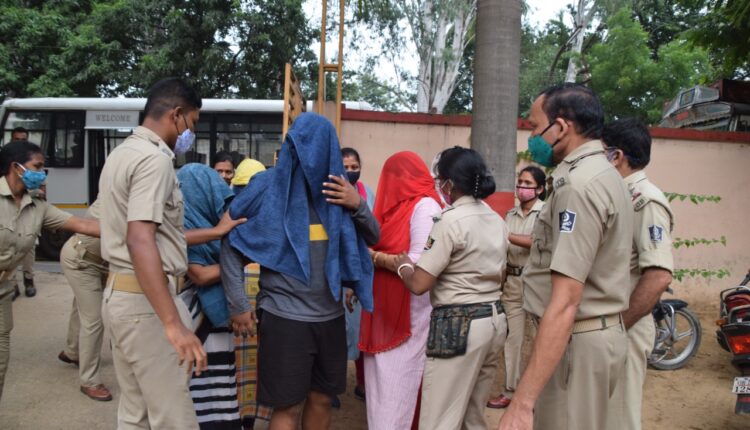 Rourkela: While busting a child trafficking racket, the Plant Site Police in Rourkela arrested seven persons including five women for their alleged involvement and forwarded them to the court today.

The accused were selling girl child at Rs 40,000 and boy child at Rs 4 lakhs in Jharkhand and Raigarh area of Chhattisgarh state. After contacting poverty-stricken families in Rourkela, the accused used to lure them with money and buy children.

Three days back, Sangeeta and Nita contacted one Seema Khuntia staying near Vaishnodevi temple located in Timber Colony. They lured Seema Khuntia with money and persuaded her to sell her one-and-half year old granddaughter.

Afflicted by poverty Seema Khuntia agreed to hand over her granddaughter as the accused also promised the woman to facilitate better living standards to the child.

As per the plan, Seema Khuntia along with the one-and-half year old granddaughter reached Idga Ground on Mahatab Road in the city at around 8 PM yesterday. When Seema Khuntia reached the location as told to her, she found Sarita, Seema and another youth there. As the women, who contacted Seema Khuntia were not present, she refused to hand over the child initially. Seema Khuntia later gave her granddaughter to Sarita and Seema after much persuasion.

Seema Khuntia asked for the promised amount, but the two women asked her to reach another location. When Seema Khuntia did not find the duo, she lodged a complaint at the Plant Site police station.

After preliminary probe, the police arrested the seven accused whereas another person involved in the racket managed to escape.