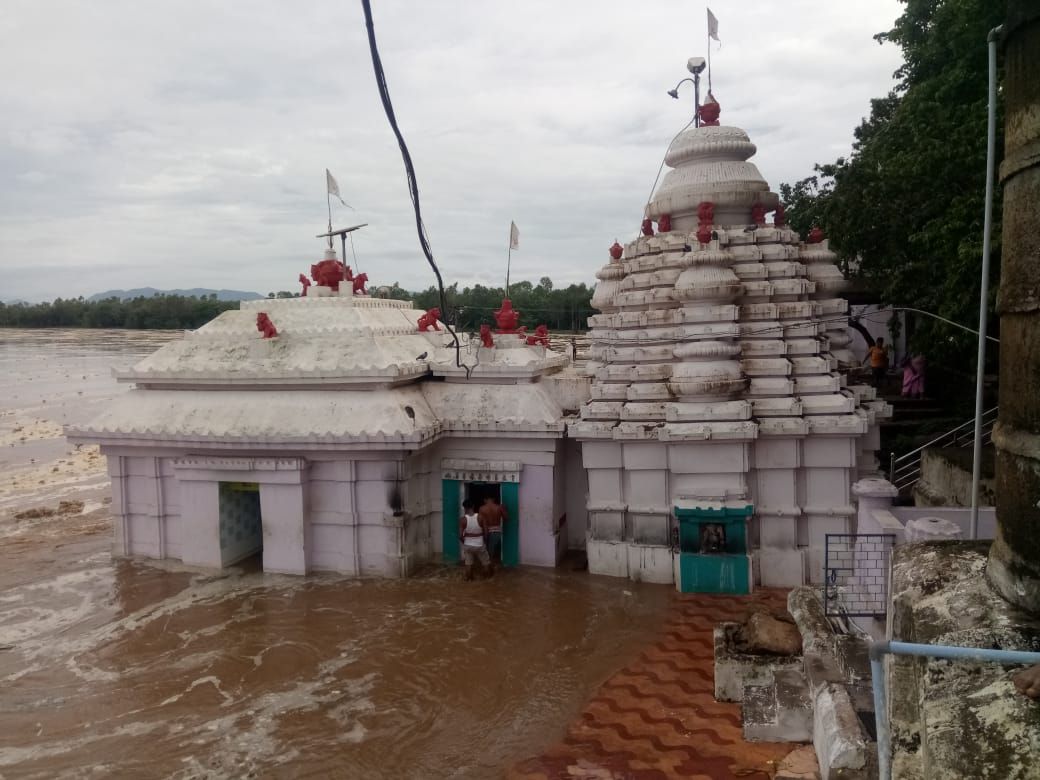 While the temple and its nearby areas have been inundated, rituals of the temple came to a grinding halt due to waterlogging.

The idol of the deity has also been relocated by the Endowment Department. Knee-deep water has been surrounding the temple and its premises for the last two days, reports said.