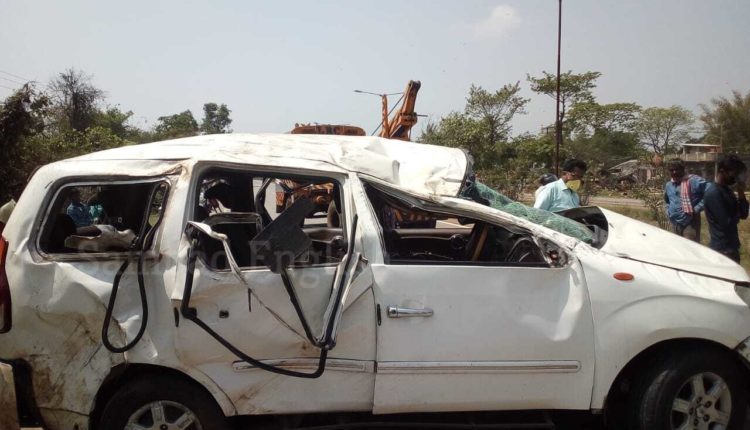 Balasore: Four persons lost their lives and six others were injured in a road mishap on NH-60 near Nekursuni of West Bengal today morning.

Reportedly, 10 persons from Balasore were returning from Kolkata in a vehicle. An unidentified truck hit the vehicle from rear near Nekursuni and fled the spot. The vehicle was badly damaged in the mishap and ten persons travelling in it sustained grievous injuries.

After receiving information, police reached the spot. With the help of some locals the police admitted the ten injured to the Dantun Sadar Hospital where four succumbed to injuries. The deceased were identified as Sunil Padhi from Anandpur village under Simulia police limits, Jitendra Panda of Khaira area, Bapi from Soro area and driver of the vehicle.

Worth mentioning, due to a lockdown in West Bengal amid COVID-19 scare, the ten persons who had been working in Kolkata were returning home in the vehicle that met with the accident.

Passport Office closed in Odisha till March 31 over coronavirus outbreak