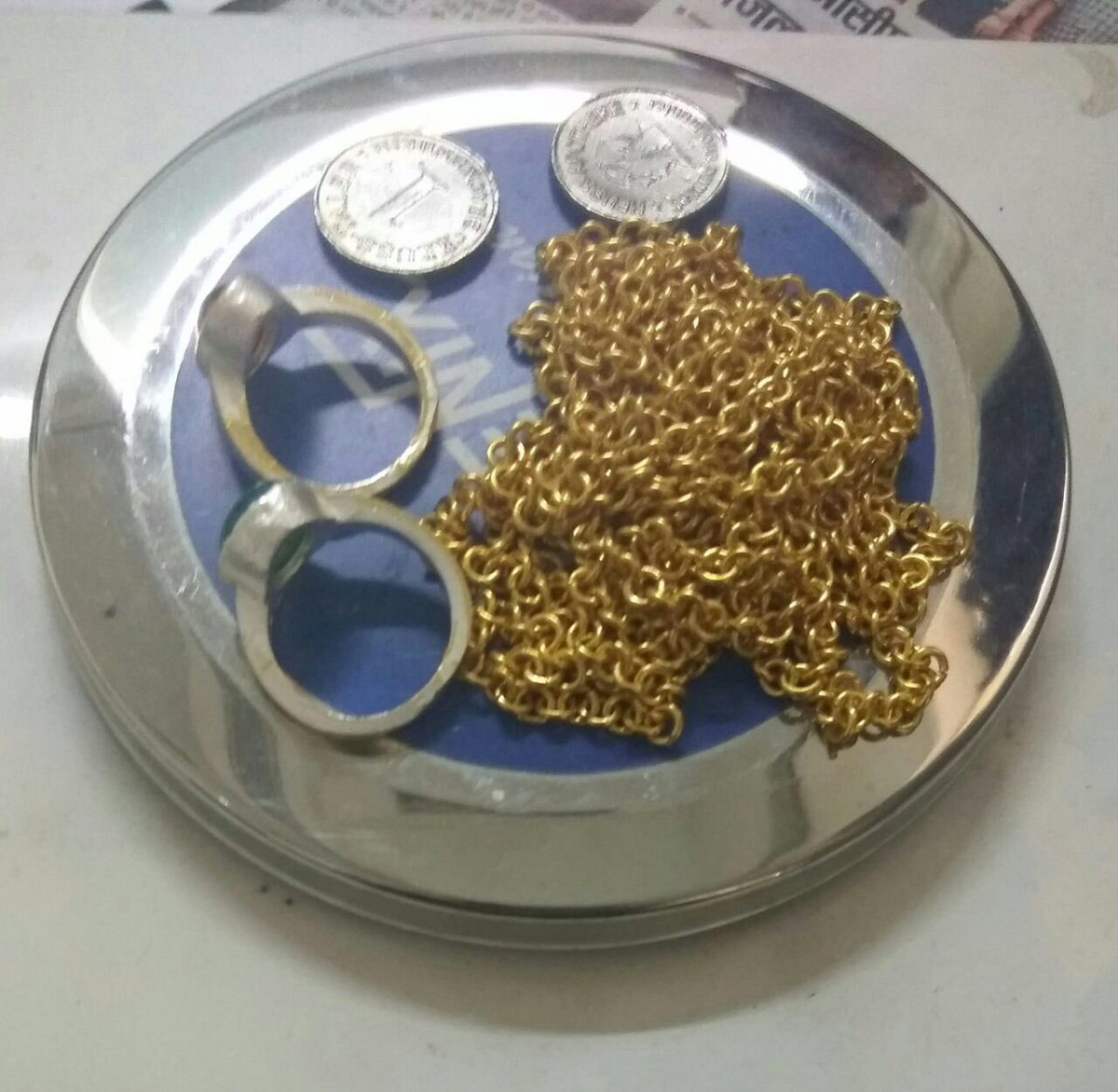 Bhubaneswar: The Air Intelligence unit of Customs along with revenue officials at the Biju Patnaik International Airport (BPIA) in Odisha capital today seized gold and foreign currencies worth Rs 22.23 lakh from four passengers.

The four passengers, who arrived here from Bangkok by an Air India flight, were intercepted by the Custom officials while they are trying to cross the green channel and conducted thorough search of their baggage, sources said.

The officials recovered cosmetics, foreign currency and assorted items of gold of foreign origin from their possession during search.

The four men, whose identity has not been disclosed yet, were residents of Delhi, Kolkata and Cuttack in Odisha.

Meanwhile, the Custom officials have detained the four and interrogation is on.

The recovery came five days after gold bars worth Rs 19 lakh were recovered from a passenger who had concealed them in his rectum.

Smuggling gold through body concealment has become a regular practice at the airport.

There has been an increase in gold smuggling at Bhubaneswar airport. Customs officials have prevented several such attempts at the airport recently.

Odisha to set up 50 more courts

Fire breaks out at bank in Odisha capital; property worth lakhs gutted