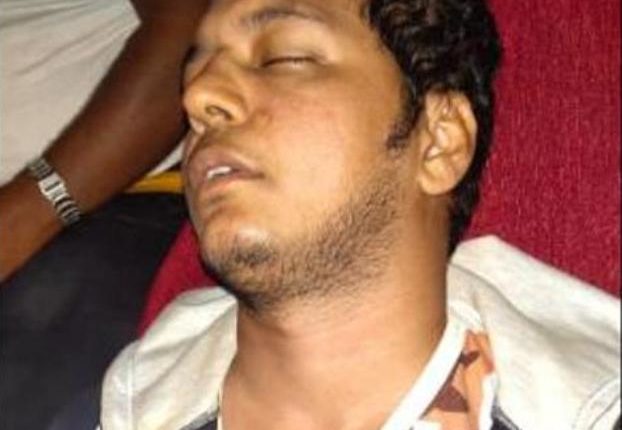 Balasore: In a shocking incident, a youth was allegedly attacked with razors by miscreants just two days before his wedding in Odisha.

The incident was reported from Nilagiri town area in Balasore district.

According to reports, the groom-to-be Manoj Behera (28), whose father runs a sweet stall at Nilagiri locality, had visited Kalijhati area on Friday afternoon to distribute his invitation cards for his marriage scheduled on January 19. On his way back to home at around 11.00 pm, three miscreants suddenly appeared in and obstructed his way. They threatened him not to marry the girl with whom he has been engaged to tie the knot.

The goons attacked him with razors and fled from the area. The locals rescued Manoj and rushed him to the Sub-Divisional Hospital, Nilagiri, for treatment.

On receiving information, police reached the spot and initiated probe into the incident.

Reports said that Manoj’s wedding has been fixed with a girl in Remuna area in Balasore district.

Till last report came in, the discussion between two families was underway following the incident.

Drunken groom lands in police station after high drama in…