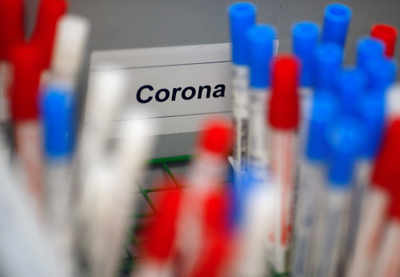 We are now at a crossroads.  The pernicious COVID-19 has unleashed a public health and socioeconomic catastrophe. It leaves no country, no realm of society, and no institution untouched. With each passing day, the novel coronavirus seems to be spreading its tentacles more threatening the very survival of humanity and inflicting miseries on masses, pushing world economy in to tailspin and tenterhook. World economy is collapsing with people being inundated by fear psychosis, trepidation, and consternation. Situation seems to be getting out of control requiring herculean tax to tackle it. But this is far from propitious.

The first case of the novel coronvirus was discovered in China last December and since then, as on July 11, 2020 (afternoon), it has spread to virtually all parts of the world infecting more than 12.5 million people globally. The pandemic covid-19 has so far taken more than 560,000 lives, (3.5 lakh as on May 29) with 7 million recovering to date. The India’s total tally of corona virus cases stands at 825753, while 517954 cured and 22171 succumbed to infection.

According to an official estimate, nearly 23 lakh people, who have moved within the country or arrived from international destinations during the ongoing nationwide lockdown due to the COVID-19 pandemic, are currently in quarantine facilities arranged by states and union territories.

It is matter of compunction and introspection that before May 29, India was  world’s tenth worst hit , India’s tally of confirmed COVID-19 cases crossed 1.6 lakh on that day to make India the – world’s ninth worst hit country by the noxious virus infection, while the death toll rose to 4,633 to near China’s official count of 4,634 fatalities. India overtook Turkey as the ninth worst-hit country in terms of total number of cases. However, an online real-time tally maintained by Johns Hopkins University showed India had surpassed China. But now India is just behind Brazil and USA.

Odisha has also reported four more deaths related to COVID-19 pushing the death count to 56 as on July 10. It was in a very good situation during initial stage of infection. But after Odia people/workers coming from Gujarat and West Bengal with infection, situation got exacerbated. However, eight states, including Maharashtra, Tamil Nadu, Delhi, Karnataka and Telangana, account for around 90 per cent of the active Covid-19 cases in the country. Maharashtra continues to be the worst affected state followed by Tamil Nadu and Delhi.

Entire world is undergoing the excruciating experience of novel coronavirus simply because of arrogance and phlegmatic attitude of some rulers including that of India. Had rulers have taken timely and pro-active step; it could have remain confined to China and Italy only and entire world could have escaped sufferings, which now experiencing.

What is reprehensible is that America and certain capitalist countries wasted energy, precious times more in blaming, slandering China instead of finding solution or preventing spread of Coronavirus. There was enough time to find out whether it was spurted through natural process or China created. But instead of doing right thing in right time, many capitalist countries including India committed grievous blunder for which entire humanity is paying heavy price.

Despite killing valuable times, it could not be proved yet that China has created it. It is said that Chinese officials confirmed the first cases at the end of December and Italy’s first case was in mid-February. However, scientists in Italy have found traces of the new coronavirus in wastewater collected from Milan and Turin in December 2019 — suggesting COVID-19 was already circulating in northern Italy before China reported the first cases. The Italian National Institute of Health looked at 40 sewage samples collected from wastewater treatment plants in northern Italy between October 2019 and February 2020.

In May 2020, French scientists said tests on samples showed a patient treated for suspected pneumonia near Paris on 27 December actually had the coronavirus. Meanwhile in Spain, a study found virus traces in waste water collected in mid-January in Barcelona, some 40 days before the first local case was discovered.

Some scientists think COVID-19 — which first emerged in Wuhan originated in bats and could have been transmitted to people via another mammal. Conspiracy rumours that the Wuhan lab was involved in the outbreak swirled online for months before Trump brought the theory into the mainstream.

The Chinese virology institute in the city where COVID-19 first emerged has three live strains of bat coronavirus on-site, but none match the new contagion wreaking chaos across the world, its director has said. The World Health Organization said Washington had offered no evidence to support its speculation.

In another revision, the WHO has now recognized that there is emerging evidence of airborne transmission of the novel coronavirus. The change of opinion came after 200 scientists accused the global health body of underestimating the possibility of airborne transmission in an open letter. The WHO had so far said that the virus is transmitted through respiratory droplets when people cough or sneeze.

These larger droplets instantaneously fall onto surfaces. But airborne transmission means that the virus can be transmitted via tiny particles that float around in the air for hours after people speak or breathe out. This in turn would entail a massive change in safety guidelines — particularly for indoor settings – with more emphasis on wearing masks and increased stringency of physical distancing.

What is more perplexing is that in their study, titled ‘Estimating the global spread of COVID-19’, researchers Hazhir Rahmandad, TY Lim and John Sterman of (Massachusetts Institute of Technology) MIT’s Sloan School of Management have predicted that India may record the highest number of fresh cases in the world by the end of winter in 2021. Using data on cases, deaths, testing and several other factors, the researchers were able to estimate the transmission of the novel coronavirus in 84 countries — covering around 60 per cent of the world’s population.

The number of COVID-19 cases recorded per day in India may surge to 2.87 lakh by early 2021 if a vaccine or treatment isn’t developed soon. Although, the United States is currently the worst-affected by the pandemic in the world, the researchers have predicted that India will soon surpass it. By the end of February 2021, the US will record the second-highest number of new cases (95,000 cases per day), followed by South Africa (21,000 cases per day), Iran (17,000 cases per day), and Indonesia (13,000 cases per day), the study suggested.

Further, without a vaccine or treatment, over 24.9 crore cases and 18 lakh deaths may be reported globally by spring next year (March-May). The MIT researchers claim that the actual number of cases are 12 times higher and deaths 50 per cent higher than what has been reported.

The study also estimates the Infection Fatality Rate (IFR) for different countries over time. IFR refers to the probability of death after contracting the virus. Several factors contribute to measuring IFR such as age, health of the population, health care facilities and the nation’s policies to protect the most susceptible. The researchers found average IFR to be 0.68 per cent, but noted that it varies significantly across nations. The IFR in Iceland was found to be 0.56 per cent, while it was 0.64 per cent in New Zealand and 0.99 per cent in the US.

The study pointed out the significance of early and aggressive testing in containing the spread of the virus and controlling the fatality rate. However, it goes on to state that the value of testing  becomes a formidable task as the pandemic grows more severe and it becomes increasingly complicated to test, conduct contact tracing and isolate individuals who have come into contact with the infected person.

Social distancing (actually physical distancing) as a method of keeping the virus at bay was first officially flagged by Prime Minister Narendra Modi in national level when he spoke to the nation on March 19 in order to call for a one-day “Janata Curfew” for March 22 . But unfortunately many unscientific things like banging plate, bursting crackers took place on that day.

The first national containment measure in the form of a nationwide lockdown was only introduced on March 25, three months after the first COVID-19 case was reported and two months after the WHO declared the outbreak a public health emergency of international concern.  The first coronavirus infection was found in India in January 30 in Kerala. This proclamation was not preceded by any official planning, leading to the large-scale movement of the urban poor as they headed for their homes in rural areas.

This led to escalation of infection to larger people and things went bad to worse. Indian government had enough time to take pro-active step to contain the spreading of coronavirus. But it remained pre-occupied with some extraneous work such as “Namaste Trump”, horse trading in Karnataka. More energy was wasted in communalizing issues too.

What is shameful is that despite such precarious situation, Indian government seems to be complacent and citing lower fatality rate to camouflage failures. According to Union Health Minister Harsh Vardhan, “India has one of the lowest cases per million (538) and deaths per million (15) compared to the global average of 1,453 and 68.7, respectively. India has lower fatality rate not because of advanced health system but strong immune power of Indians with hot climate, younger people.

A nation cannot progress if it emulates a country which is worse than her. India’s health sector is dilapidated, decrepit and ramshackle as it is most privatized health sector with poor infrastructure and having one of the world’s lowest health expenditure as percentage of GDP ranging from 1 percent to 1.3 percent.

Now, the first priority of government should be enhancing health expenditure and people should have easy access to and treatment and testing facilities. There should be enough Covid hospitals with adequate doctors so that with increase of infected people, there will be no problem for testing and treatment of people.

The author is an Odisha-based columnist /economist/ social thinker. He can be reached at [email protected]

Odisha: Diet allowance for doctors and paramedics at COVID hospitals