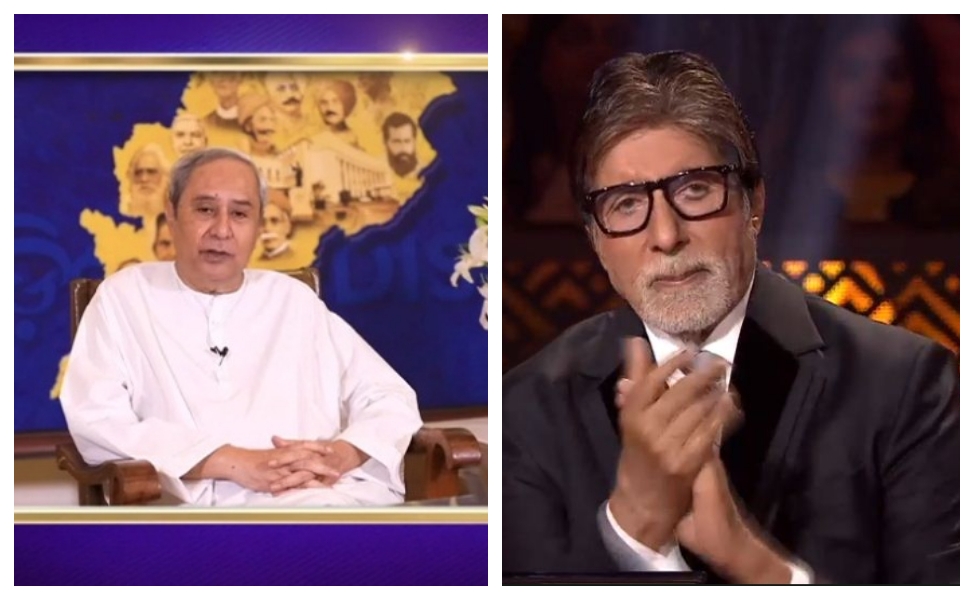 Bhubaneswar: Amidst rigorous campaign ‘Heartbeats for Hockey’ initiated by Odisha government, an unknown fact has come to fore about Chief Minister Naveen Patnaik’s love for the national sport.

Perhaps, this is the fact that Patnaik is taking serious interest in promotion of hockey and sponsoring national hockey teams (both men and women).

The leader, who has successfully built a popular image in hearts people by serving the State four times as the Chief Minister of Odisha, had never revealed about his personal interests and likes to media. Hardly, people might have known that the BJD supremo and youngest son of late Chief Minister Biju Patnaik was also a sportsperson in his school days. Yes, Naveen had played hockey and he was the goalkeeper in his school.

The revelation might have taken many by surprise, but it is true and he himself revealed it during Karmveer episode of the most popular quiz show ‘Kaun Banega Crorepati’ (KBC), aired on Sony Entertainment last evening hosted by Bollywood megastar Amitabh Bachchan.

It’s very interesting to know that Patnaik was selected for goalkeeper in the hockey team because of his tall height.

“In school we had to play all kinds of sports and of course I played hockey as well. They made me the goalkeeper because they think I was quite tall,” Patnaik told Big B in video call during the show when the latter asked him about his own interest in any kind of sport.

His statement drew attention of Indian hockey team’s captain and goalkeeper PR Sreejesh as well as hockey players Armaan Qureshi and Ramandeep Singh, who were on the hot seats during the show with Big B. They were pleased and impressed to know that Odisha CM was a goalkeeper during his school days.

During interaction with Bachchan at the programme through video call, Patnaik encouraged the Indian hockey team for performing the best to clinch the trophy for India in the forthcoming 2018 Men’s Hockey World Cup scheduled from November 28 in Bhubaneswar. He also invited Bachchan to Bhubaneswar to witness the mega hockey event.

“I am delighted the members of the hockey team are with you. We are looking forward to welcome in them this November and see they are victorious and also Mr Bachchan you too must come to Bhubaneswar,” he said.

Notably, Odisha has been rigorously promoting hockey across the country and overseas ahead of the world cup at Kalinga Stadium.

Besides Birendra Lakra and Dilip Tirkey, the State has given many best players, who have made the country proud in hockey.

Hockey is a very popular sport in India. Certainly in Odisha, it is the most popular sport particularly in tribal areas, where the children play hockey since they walk and grow, Patnaik told at the show.

To a question “Why do you think Odisha is spearing the Hockey World Cup?” by Big B, Patnaik said, “Certainly in Odisha, it is the most popular sport. And I think it deserves a state government to support and that’s why we are supporting this world cup and of course the Indian hockey team.”

In view of spirit lying inside people for hockey, Odisha government has announced to sponsor the Indian National Hockey both men and women’s team from February 2018 till next five years.

Notably, Odisha is the first ever State in the country to extend huge support to the game.