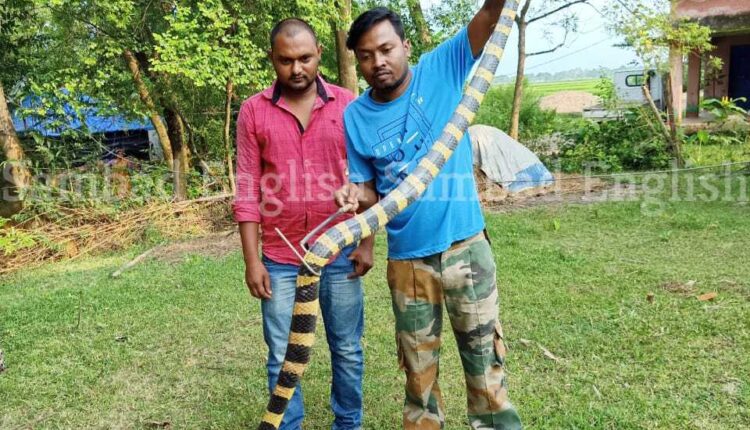 The snake was more than eight feet long and estimated to be more than 15 years old.

Initially one Purna Chandra Mohapatra of Badakaranjia village under Khunta police limits of Mayurbhanj district spotted the banded krait on the wood barricades of his garden. Immediately he informed the Forest personnel about the snake.

Covaxin may be launched in early 2021, says AIIMS doctor