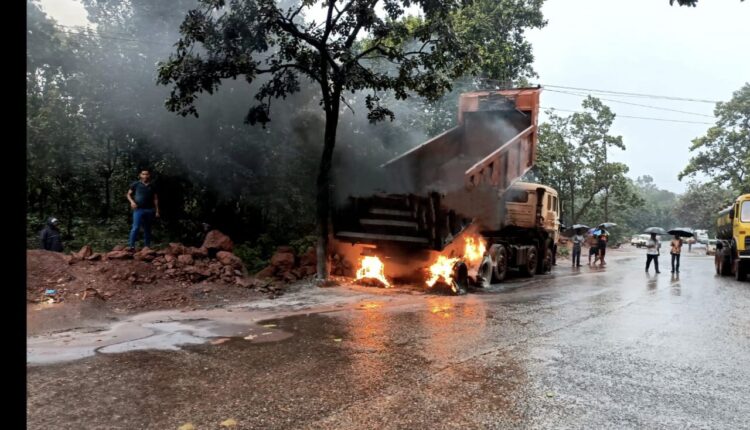 Rourkela: In a tragic incident, a Hyva driver was charred to death when the vehicle caught fire after coming in contact with overhead power cables at a mining area here in the district.

The incident occurred near Gitarani Mines under Koida police limits this morning.

The identity of the driver is yet to be ascertained.

According to reports, the Hyva was stationed in front of Gitarani Mines for loading goods in the morning. Suddenly, the vehicle caught fire after it came in contact with an 11kv electric line when the driver was lifting up the container.

Sources said that the portion of the Hyva caught fire and the driver could not be able to come out of the vehicle. He died on the spot by the time the locals reached to rescue him after disconnecting the wire from the Hyva. Later, the firefighters reached the site to douse the flames.

The Koida police recovered the body and initiated investigation into the incident.