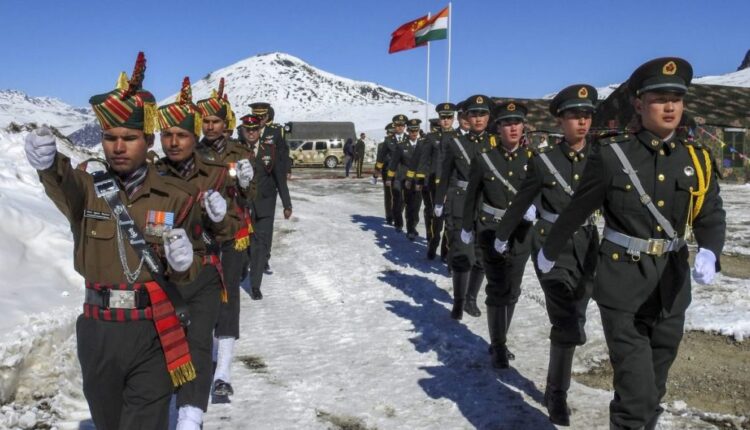 New Delhi: In a major breakthrough, India and China have withdrawn troops from the friction Patrolling Point (PP) 17A in Gogra along the Line of Actual Control (LAC) in Eastern Ladakh, the Indian Army said on Friday.

The Indian Army said that both the countries have ceased forward deployments in this area in a phased, coordinated and verified manner.

“The disengagement process was carried out over two days, i.e., August 4 and 5. The troops of both sides are now in their respective permanent bases,” the Indian Army said in a statement.

The force said that the 12th round of talks between the Corps Commanders of India and China were held on July 31 at the Chushul Moldo Meeting Point in Eastern Ladakh.

The two sides had a candid and in-depth exchange of views on the resolution of the remaining areas related to disengagement along the LAC in the Western Sector of India-China border areas.

“As an outcome of the meeting, both sides agreed on disengagement in the area of Gogra,” the Indian Army said.

The troops in this area were in a face-off situation since May last year.

The force said that all the temporary structures and other allied infrastructure created in the area by both sides have been dismantled and mutually verified.

“The landform in the area has been restored by both sides to the pre-stand off period,” the Indian Army stated.

This agreement ensures that the LAC in this area will be strictly observed and respected by both sides, and that there is no unilateral change in status quo.

With this, one more sensitive area of face-off has been resolved.

“Both sides have expressed their commitment to take the talks forward and resolve the remaining issues along the LAC in the Western Sector,” the force added.

The Indian Army also pointed out that along with the ITBP, it is totally committed to ensure the sovereignty of the nation and maintain peace and tranquility along the LAC in the Western Sector.

In a joint statement after the 12th Round of India-China Corps Commander-level talks geld earlier this week, it was stated that the two sides have also agreed that in the interim, they will continue their effective efforts in ensuring stability along the LAC in the Western Sector and jointly maintain peace and tranquility.

The talks between the two countries took place after a gap of three months.

With the latest disengagement reached between both the countries in Gogra, India will now take up the other remaining friction areas like the Hot Springs and the 900 sq km Depsang plains.

The build-up in Depsang was not being considered part of the current standoff that started in May last year as escalation here took place in 2013. India has insisted during recent military commander-level meetings to resolve all the issues across the LAC.

Earlier, the troops of the two Himalayan giants had disengaged from both the banks of Pangong Tso in February this year.

4 special trains to run between Puri and Shalimar