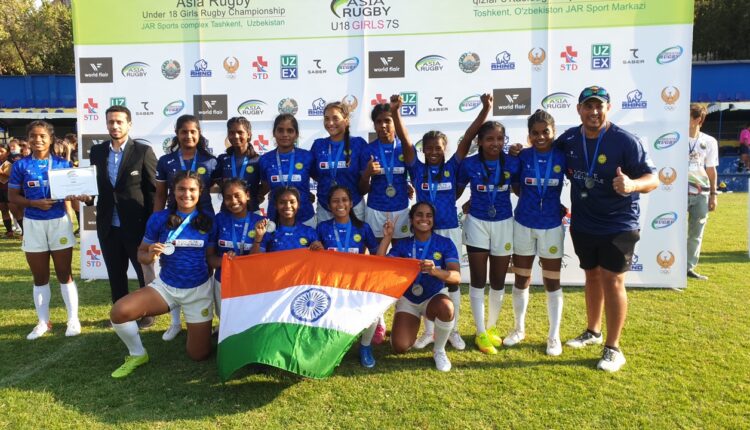 A total of five countries from across Asia including Kazakhstan, Kyrgyzstan, United Arab Emirates (UAE), India and the host- Uzbekistan vied for top honours at the championship.

Speaking on the occasion, Rahul Bose – Actor, Director, Philanthropist and a board member of Rugby India, said, “This is a great moment for Indian Rugby. Both teams (UAE and India) scored three tries in the final. No disgrace losing like that. For our U-18 girls’ team to perform as well as they did is all the more remarkable because they were 15 years old when the pandemic struck. They have never played a National tournament, leave alone an international championship. For them to come so far is a testament to their skill, grit and fire to make their country proud. Our thanks to the coaching and support staff. Only rugby players know how important they are in this sport. This is a new day for Indian Rugby. We go onward and upward from here!”

Vikram Ahuja, President, Rugby India said, “Heartiest congratulations to our U-18 Girls’ team, their performance has been sensational – they displayed courage, skill and mental toughness far beyond their years. This is the first step in a series of measures that Rugby India has taken and will continue to undertake to build all our teams into internationally competitive opponents. Our deepest thanks to the coaches, support staff and all our sponsors & partners for their commitment and kind support towards enabling the team to achieve this milestone.”