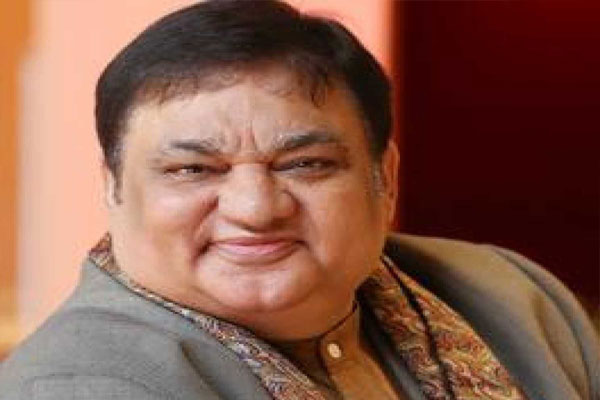 New Delhi: Veteran Indian actor Harish Patel got a chance to work with some of the finest names in Hollywood such as Angelina Jolie, Kumail Nanjiani and Gemma Chan among many others in the upcoming superhero film ‘Eternals’ and he cannot believe his stars!

The 68-year-old, who has worked in Bollywood films such as ‘Mohra’, ‘Pyaar Toh Hona Hi Tha’, Kanti Shah’s cult film ‘Gunda’ and ‘Zubeidaa’, has talked about the difference he has seen in the star culture on international sets as compared to Bollywood.

Harish, in a conversation, said: “There is no star here (internationally). They are just so simple, grounded and humble. They are just thorough professionals.”

Harish plays a manager, Kumail Nanjiani’s character is a Bollywood star and a superhero named Kingo in Marvel’s upcoming film. The Indian actor says that the Pakistan-origin actor-comedian nailed the style of Hindi film stars in ‘Eternals’.

“Kumail Nanjiani has portrayed that very well in ‘Eternals’. The Bollywood star which shows on his face…the way he has nailed it is amazing. Kumail is an amazing actor,” he added.

‘Eternals’, directed by Chloe Zhao, who won this year’s Best Director Oscar for ‘Nomadland’, is the 25th movie in the Marvel Cinematic Universe and is releasing on November 5.

In the film, Harish has shared screen space with all Hollywood personalities apart from Salma Hayek and Kit Harrington.

“I am almost with everyone in the scenes. Unfortunately, I do not have a scene with Salma Hayek and Kit Harrington. I am with everyone else,” he said.

So, how was it working with Angelina?

“When we work that time it doesn’t strike how big a person you are sharing screen space with. These people are so grounded and humble. They don’t even have it in their head that they are such big people. We all helped each other while working.”

He credits Zhao for briefing and helping him.

“And when you have a director like Chloe Zhao, who has explained everything to you in the beginning then you don’t have to take any kind of tension or stress. It reflects in the film.”

The actor still pinches himself to believe his luck.

“I suddenly joined this big and amazing film and I still cannot believe it.”

However, he did face a little hiccup.

Harish came out Covid positive days before the premiere of ‘Eternals’.

“I did so much hard work and Disney Studios called me to the USA and just a day before going I was Covid positive. I am good now but I got very upset. But when I heard the reactions about the film, Covid and my sadness just faded away.”

‘Eternals’ follows a group of heroes from beyond the stars who have protected the Earth since the dawn of man. When monstrous creatures called the Deviants, long thought lost to history, mysteriously return, the ‘Eternals’ are forced to reunite in order to defend humanity once again.

The film is produced by Kevin Feige and Nate Moore. It will release on November 5.