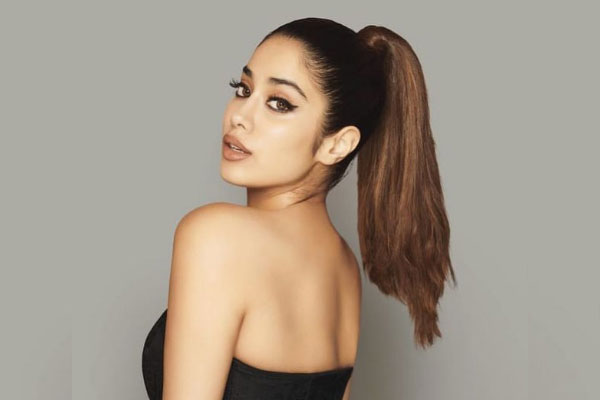 New Delhi: Ever since she made her debut in 2018, Janhvi Kapoor has been pitted against her contemporaries by the audience, and also been compared to her mother, the late superstar Sridevi. The actress insists competition is healthy and says that there is enough work for everyone.

“I believe in healthy competition. I find my contemporaries inspiring and motivational. They keep me on my toes and they are doing such great work. There is something to learn from all of them. We are all finding our space and trying to pave our own way,” Janhvi said.

She added: “I really believe you can co-exist in the industry. There might be times when two or more people are eyeing the same film but that is a part of life. Ultimately what best for the film happens and what is meant for the film will happen, but I think competition is extremely healthy.”

So far, she has been seen in the OTT-released films “Ghost Stories” and “Gunjan Saxena: The Kargil Girl”, after her 2018 big screen release “Dhadak”. The actress also has a following of 9.5 million followers on Instagram.

“I still feel these are my first baby steps into what I want to do. So, I have not even come close. I see actors like Alia Bhatt and I saw her Gangubai Kathiawadi teaser. I realised if I thought I knew a little bit of acting then after watching this trailer I felt that with the level of acting she has brought to this country and industry, she has raised the bar,” said Janhvi.

The 23-year-old actress currently awaits the release of her next film “Roohi”, a horror comedy. The film co-stars Rajkummar Rao and Varun Sharma.

“Roohi” follows the 2018 hit “Stree” and last year’s “Laxmii”, and there is a slew of horror comedies lined up, namely “Bhoot Police”, “Phone Bhoot”, and “Bhool Bhulaiya 2”.

Asked if she fears competition between films of the same genre, Janhvi is diplomatic: “A good film will get its due and I hope we have made a good enough film. I am a movie buff so if there are other good films I will be happy to see those. I want my film to do well but that does not mean I want others not to do well.”

In “Roohi”, Janhvi plays a supernatural character of a “chudail” (witch or banshee), which the actress says was gruelling.

“We shot it a year and half ago. It was physically grueling. (We) tried to get that voice (of the banshee) — the screaming, screeching and a lot of harness work. It was quite taxing. I had a lot of back problems because of it,” she said.

The film is slated to hit the big screens on March 11.

“Please go watch the film, carry a mask and sanitizer but please go to the theatres and watch my film. My life depends on it. The theatre culture depends on it,” she winds up with an appeal.