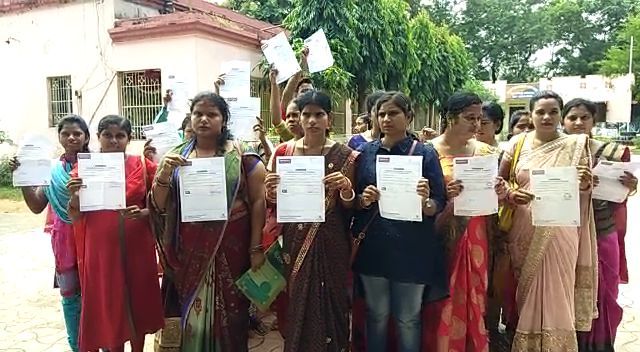 Keonjhar: More than a hundred job aspirants were allegedly cheated of more than Rs 40 lakh by an institute in Keonjhar district. A complaint was filed in this regard at Keonjhar Town police station today.

As per the complaint, the institute namely OEAT initially trained the job aspirants without any charges. Later it took Rs 40,000 each from the complainants with a promise to provide them computer trainer jobs at different schools. Though more than one year has passed, they are yet to be employed anywhere.

Disappointed over the delay in getting jobs, when the complainants asked the institute’s MD Amulya Mohanty to give back their money, he declined the requests. Following this, the defrauded job aspirants lodged a complaint against the MD, the institute’s Director Malaya Patra and Accountant Jagadananda Patra. Also they caught two staff of the institute and handed over them to police.

“The institute had promised us jobs and took Rs 40,000 from each of us. They had assured us to return the money in case no job is provided. But when we asked for the money, the institute authorities refused to return the amount,” said one of the complainants.

“We had gathered Rs 40,000 after many difficulties. Now we want the money back as the institute has not provided jobs to us,” said another complainant.

Meanwhile, police said investigation will be initiated into the matter.

Weather alert! These Odisha dists to experience thunderstorm in evening