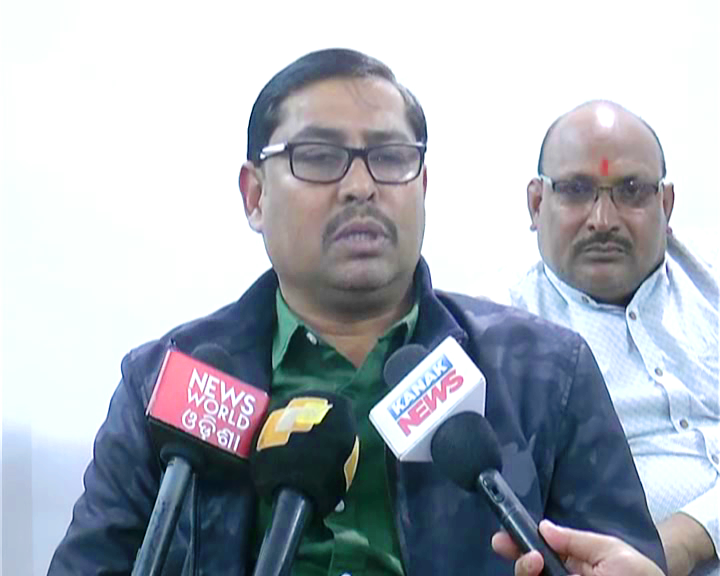 Bhubaneswar: The Congress leader Jogesh Singh today resigned from the post of MLA and primary membership of the party following suspension.

The Sundergarh MLA tendered his resignation to the AICC President Rahul Gandhi on ‘moral ground’.

He expressed his displeasure on the party for placing him under suspension without taking any clarification from him after he announced to skip Rahul Gandhi’s meeting scheduled on Jan 25 in Bhubaneswar.

He questioned how his pre-scheduled engagements, for which he expressed his difficulties to attend the AICC President’s meeting, and praise for CM Naveen Patnaik could be termed as ‘anti-party’ activities.

Notably, the Odisha Pradesh Congress Committee on Thursday had suspended Jogesh Singh from the party after he praised Chief Minister Naveen Patnaik.

“I am quite astonished about the decision taken by the disciplinary committee of the Odisha Congress Party without any show cause notice and explanation. I came to know about the so-called allegations against me, out of which one is praising the Chief Minister Naveen Patnaik and the second one is regarding non participation in the upcoming party meeting by the AICC President to be held on 25th January 2019 due to my pre-scheduled engagements,” Singh wrote in the letter.

He wondered how praising CM Patnaik, who is ranked as the best Chief Minister in India, becomes anti-party activity.

He said that he was not the first person to laud Patnaik.

During the UPA government several central ministers of the Congress had praised Patnaik many a time, he added.

AC buses to various parts of Odisha ply from today

Four children from Odisha to get National Bravery Awards

Odisha cop suspended for taking bribe and misbehaving with…