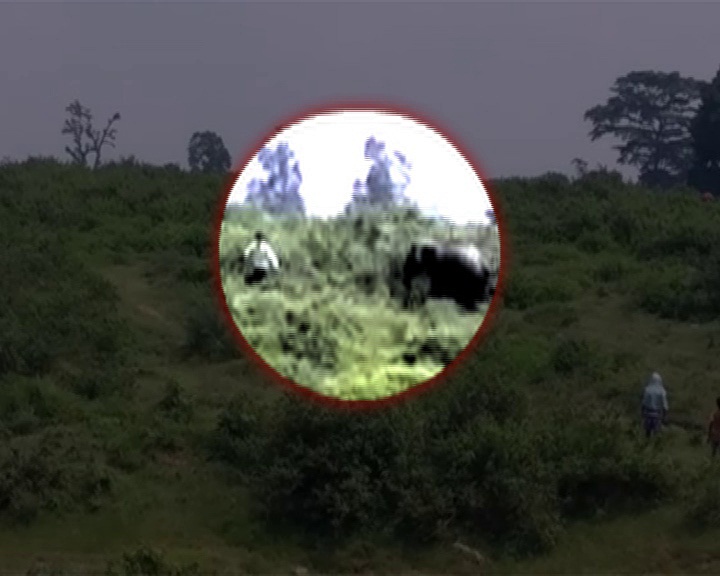 Rajgangpur: Once again selfie obsession has cut short the life of a young man in Odisha as an elephant trampled him this noon while he went too close to capture the moment on his smartphone.

This noon at around 12.30 pm, the deceased identified as Ashok Bharti went to a forested area at Mandiakudar under Rajgangpur block in Sundargarh district for clicking photographs on his cell phone.

Unaware of the fact that the pachyderm would turn violent, Barik – who was reportedly in an inebriated state – went too close to click a selfie.

The jumbo turned violent and chased the man to death, while the Forest department official remained mute spectators to the tragic incident. The officials had arrived there to shoo away the elephant and prevent him from entering the human habitat.

The wild animal had broken away from a herd about three weeks ago and was seemingly agitated to get back to the group.

“Our staff advised him not to go near the elephant. He was taking videos and photographs. The officials said that the man was drunk. As the elephants have strong olfactory sense, he trampled him,” Assistant Conservator of Forests Dilip Kumar Sahu of Rajgangpur Forest Range said

Following the incident, locals staged a demonstration seeking compensation to the deceased.

The 30-year-old hails from Bidanasi, Cuttack and works in a private company here.

AI can detect Covid-19 in lungs like virtual physician:…

‘Best before date’ on non-packaged sweets:…