Kareena to Taimur on birthday: No one will love you more than your Amma 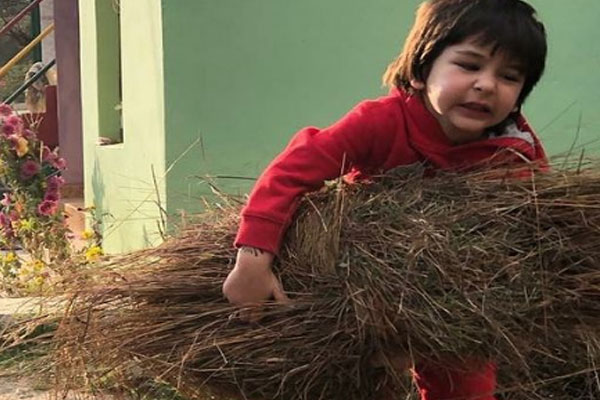 Mumbai:  Bollywood diva Kareena Kapoor Khan has penned a heartwarming post for her son Taimur Ali Khan, who has turned four-years-old on Sunday.

The actress says that no one can or ever will love him more than his Amma.

Kareena on Sunday posted a picture of Taimur holding a haystack on Instagram. She also shared a photo collage of her son doing several other activities such as playing in the snow, cuddling up to animals, plucking flowers and sitting on a tree.

“My child… I’m happy at four you have such determination, dedication and focus on what you want to do… which is now picking up the haystack and feeding the cow… God bless you my hardworking boy… but on the way, don’t forget to taste the snow, pluck flowers, jump up and down, climb trees and of course eat all your cakea”

Kareena added: “Chase your dreams and keep your chin up my boya”

“But above all else… do everything in your life that makes you smile. No one can or ever will love you more than your Amma. Happy Birthday Son… My Tim.”

Kareena is married to Bollywood actor Saif Ali Khan. The two, who are fondly called as Saifeena by their fans, got married in 2012. She gave birth to their firstborn, Taimur, in 2016.

She is currently expecting her second baby with Saif and she often shares photographs of her baby bump on social media.

Kareena and Saif had announced on August 12 that they are expecting their second child. The actress recently completed her shoot for the upcoming film “Laal Singh Chaddha” co-starring Aamir Khan in Delhi.