Khandagiri Mela to be held for 10 days in Odisha capital 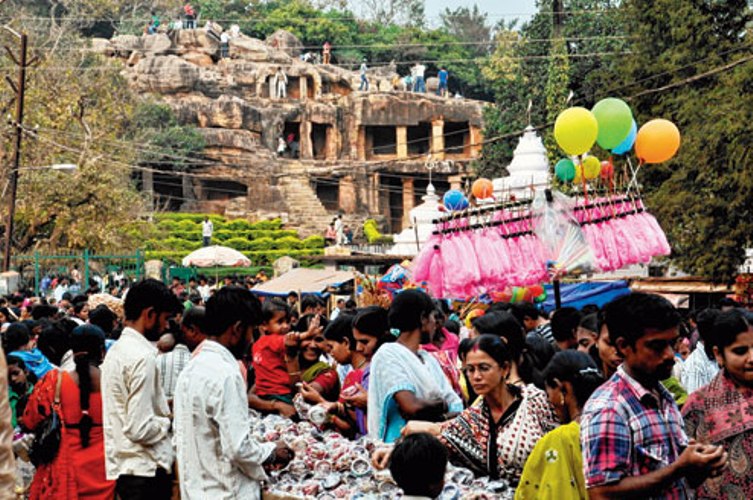 Bhubaneswar: Popular religious and cultural fair Khandagiri Mela, which is scheduled to be kicked off from January 24, will be held for only 10 days instead of 15 days here this year.

In view of huge crowd in the event, the Bhubaneswar Municipal Corporation (BMC) decided to organise Khandagiri Mela for 10 days.

The Commissionerate police has given permission for 10 days for the fair.

Elaborate arrangements will be made by the BMC to avoid any untoward incidents in the week-long fair.

A preparatory meeting chaired by Mayor Ananta Narayan Jena has been held yesterday to discuss about the upcoming event.

Khandagiri Mela to kick off from Feb 12 in Odisha capital

As per the decision, the security will be tightened inside the ground where the Jatras will be staged. The CCTV cameras will be installed in various places from Khandagiri-Udayagiri hills terrain till Jagamara Jatra ground to keep vigil on anti-social activities, possible crimes, loot and molestation.

In view of the safety of the traders and people, there will be gap of 15 ft between each stall. However, the decision will be made today about the number of stalls to be allotted to the applicants. The land will also be identified today for parking place, Jatra place and encroached area.

The BMC has announced the use of sub-standard cylinders as illegal in the event. A special team comprising of BMC and fire safety officials will be formed to verify the cylinders every day. Two fire tenders will be deployed for 14 hours to douse the fire if breaks out in the fair.

As all the state highways and NHs have been declared as the hoarding free area, the BMC decided to obey the rule during Khandagiri Mela.