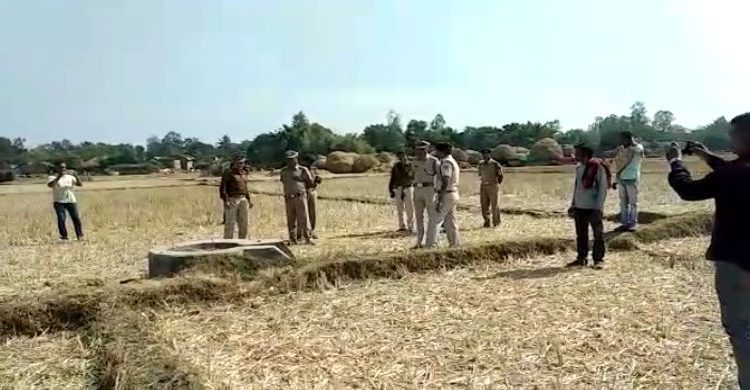 Nabarangpur: In a turn of events in alleged Kosagumuda minor girl rape and murder, post mortem report of the victim mentioned that she was not raped, but killed. The girl’s family members have been alleging that she was raped before being murdered and are not ready to accept the post mortem report read out to them by police officials today.

The family demanded police to exhume the body of the girl and conduct post mortem again.

“We want the police to exhume the body from coffin and carry out autopsy. All the accused must also be arrested by January 4, 2020. Circumstantial evidence at the spot shows that the girl was raped and murdered. But the current post mortem is talking of strangulation only without mentioning anything about rape,” a relative of the girl said.

Worth mentioning, on December 13, when the girl went outside her house to attend nature’s call she went missing. Family members and villagers found the girl’s body lying in a paddy field some 300 metres away from her house next day morning. Two jean trousers and a pair of sandals were also found near the spot. Following this, her family members had alleged that the girl was raped and murdered.

The police handed over the girl’s body to her family late night on December 13 after post mortem.

Alleging delay in handing over the post mortem report to the girl’s family, Nabarangpur District Congress had observed a bandh. They also demanded that the accused shall be arrested at the earliest.

When the Congress observed a Nabarangpur district bandh protesting alleged police inaction in the case, ruling BJD general secretary Sanjay Dasburma in Bhubaneswar had claimed that the opposition has been agitating on a non-issue indicating that the girl was not raped as alleged.