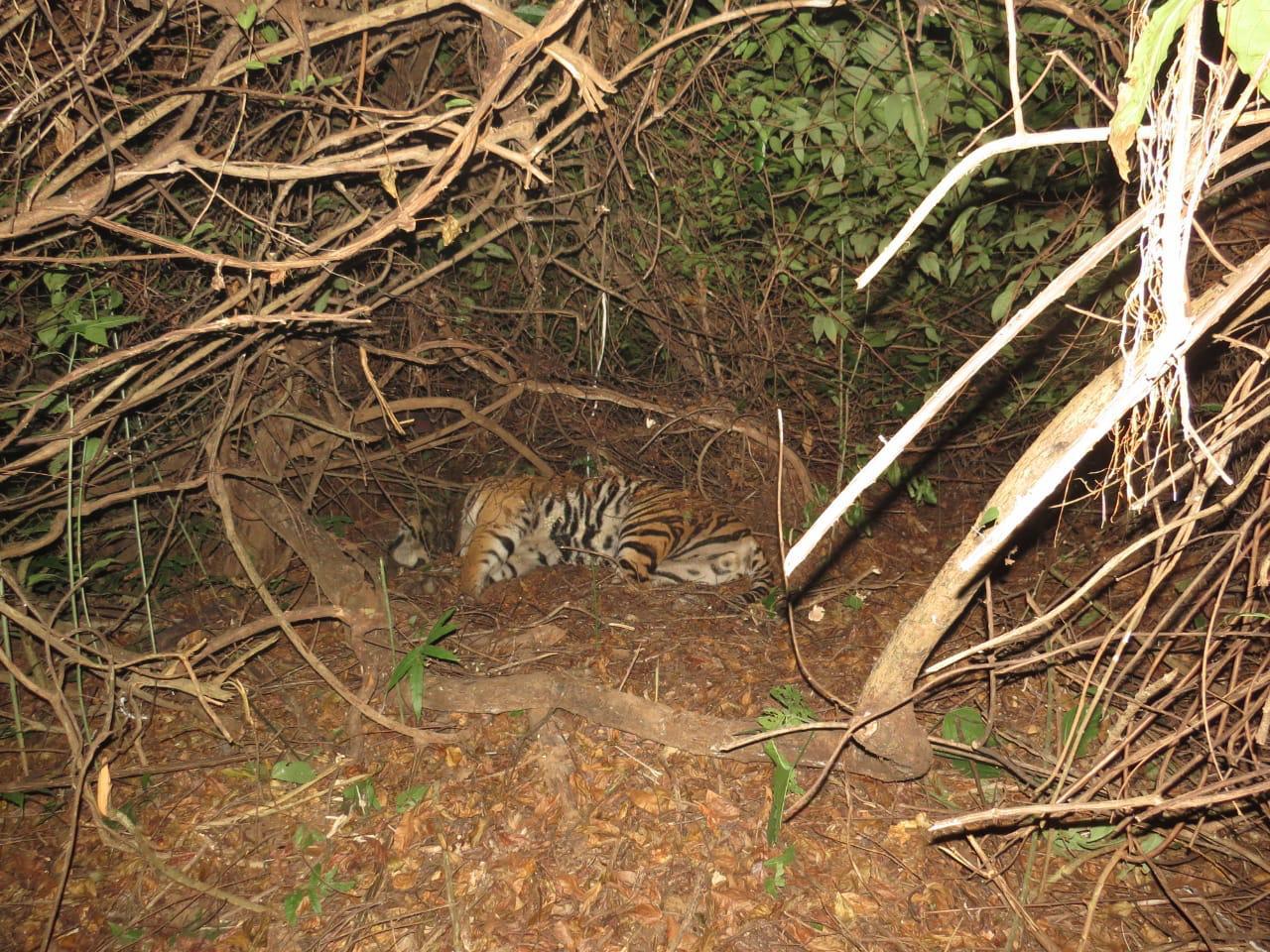 Angul: The curtain was raised from a long suspense over the death of Royal Bengal Tiger (RBT) ‘Mahabir’ with the revelation of post-mortem report by the forest official here today that the big cat has died due to infection and multiple organ failure.

The post-mortem by four doctors showed that the death of ‘Mahabir’ was due to infection and multiple organ failure, said Regional Chief Conservator of Forest (RCCF) Sudarshan Kumar Panda.

The tissue sample of the dead tiger has been sent to various government laboratories for further examination. The reports will come later, he added.

The initial report had also suggested that the tiger translocated from Kanha Tiger Reserve in Madhya Pradesh was died due to severe infection of a wound on its neck.

Mahabir was found dead in Raiguda range on Hindol-Narsinghpur border with wound marks on its neck on Nov 14.

When asked about the Royal Bengal tigress ‘Sundari’, which has been kept in an enclosure in Satkosia, he refuted rumours spread in media about the wild animal’s ill condition.

He said that the health condition of ‘Sundari’ is perfectly well. “She is moving inside the enclosure. There is no chance to translocate her from Satkosia to other locations. The further decision will be taken after discussing the matter with the National Tiger Conservation Authority (NTCA), Wildlife Institute of India (WII), Centre and State government,” Panda added.

Notably, the expert team comprising of NTCA and WII officials during their visit also observed the health condition of the Royal Bengal tigress in the enclosure.

Academician from Odisha gets Emeritus Professor title in Bangkok

MP to send experts to capture tigress Sundari in Odisha