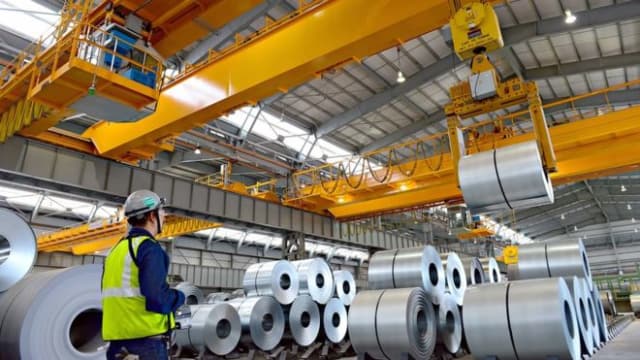 Bhubaneswar: The Odisha government has targeted to complete the land acquisition process for the proposed steel plant project of JSW Utkal Steel Ltd (JUSL) in Odisha’s Jagatsinghpur district in next five months, an official said.

The Sajjan Jindal-owned JUSL wanted 2,980 acres of land near Paradip in Jagatsinghpur to set up a 13.2 million tonne per annum (mtpa) integrated steel project at the site with an investment of Rs 65,000 crore.

In 2020, when the company proposed this project, the Odisha government reserved 2,700 acres of land acquired in 2013 for the failed Posco project.

“Part of the land acquired for Posco has been transferred to JUSL. The land alienation process is going on and will be completed in the next four to five months,” an official of the Industrial Promotion and Investment Corporation of Odisha (IPICOL) told IANS.

IPICOL is the single point of contact for all industrial investments in Odisha.

At present, construction of the boundary wall for the project site is going on and very recently, the company has got environmental clearance from the Union Environment, Forest, and Climate Change Ministry for the project, said the official.

Posco had signed an MoU with the Odisha government in 2005 to set up a 12 million tonne capacity steel project at the site with an investment of Rs 52,000 crore. However, 12 years later following public resistance to the project as well as regulatory hurdles, the South Korean steel major had officially withdrawn from the project in 2017.

Later, the Odisha government cancelled the land’s allotment to the conglomerate and reserved it for JSW in 2020, sources said.

Meanwhile, protest by the locals is still on against the JSW project. The people from villages Dhinkia, Gobindpur and Nuagaon areas of Ersama block are strongly opposing the project as they will lose their livelihood for this project.

‘Denial of sex’ can’t be ‘exceptional hardship’ to end marriage within a year: Delhi HC