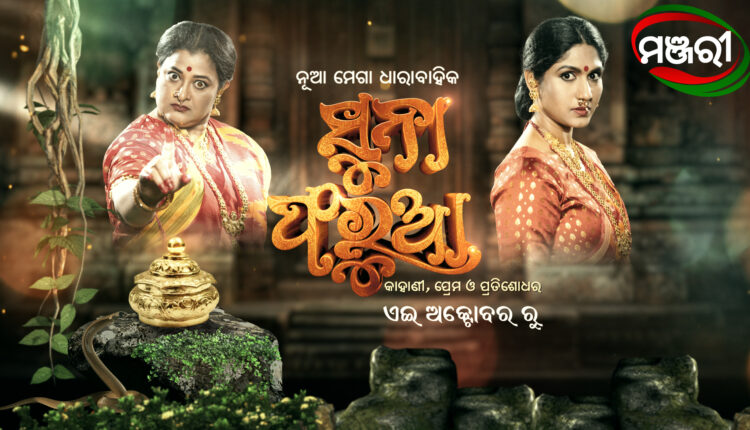 Bhubaneswar: Odia entertainment channel, Manjari TV is geared up to air its newest mega series, ‘Suna Pharua’ this October. The announcement came as the first promo of the serial was launched on YouTube today.

‘Suna Pharua’ is a supernatural fantasy thriller mega serial with strong female characters (which is Manjari TV’s USP) portrayed by Ollywood’s biggest actors Naina Dash and Usashi Mishra. The story is set on the premise of incarnation and eternal love with an element of revenge. It is a contemporary family drama that pulls some mysterious strings of the past and features constant fight between the good and the evil.

Produced by  the leading production house of Odisha, V K Productions, the larger-than-life sets and production spell out of the splendor of ‘Suna Pharua’ and appear nothing less than Bhansali-influenced.

Manjari TV ‘s mantra is to portray and celebrate various layers of human relationships, in the form of engaging and neo-modern content that break stereotypes of portraying women characters in fictional tales.

While this is the sixth mega serial launched by this Odia entertainment channel known for its unique content, series such as Mo Dehe Bolide To Deha Kala, Rakta Samparka, Nananda Putuli and Singhadwara, are currently, entertaining the Odia masses.

Could stiffness of arteries be indication of severe Covid risk? Here’s a study