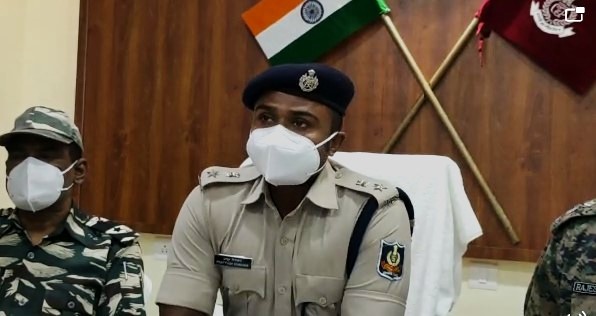 Nuapada: Odisha police with the help of security personnel busted a Maoist camp and seized a huge cache of explosive materials and other Maoist items in dense forest area near Chhattisgarh border under Komna police limits in the district last night.

Sources said an exchange of fire took place between the security personnel and the ultras inside the forest last night. However, the Maoists later managed to fled the spot.

“Acting on Intelligence input regarding camping of a large number of CPI Maoists in dense forest area near Odisha-Chhattisgarh border to carry out various anti-security forces strategies and other subversive activities, an anti-Naxal operation was launched by combined security forces of SOG, DVF and CRPF on January 7,” said Nuapada police today.

At around 8.45 am on January 9, when the commandos of SOG and DVF were conducting search operation in the forest area of Sunabeda RF, around 50 to 60 armed Maoists opened indiscriminate fire at the security forces. The team retaliated in self-defense. Again on January 10, a combined team of SOG, DVF and CRPF was sent to that area for reinforcement, informed the cops.

During search operation at about 9.45 am on January 12, armed Maoists again opened fire at the security forces and the latter retaliated, following which the Maoists fled the area. During a search operation, the combined security force recovered several explosive and Maoist materials, including G.I. wire, tarpaulin, codex wire and a battery (12 V Big).

The combing operation was underway in the area till the last report was filed.

Watch: Trailer of Taapsee Pannu-starrer ‘Loop Lapeta’ promises to be a thriller