Bhubaneswar: People celebrated Kartika Purnima across Odisha with gaiety without major restrictions today after two years as they floated miniature boats in water bodies, commemorating the state’s past maritime glory.

Gadagadia Ghat of Mahanadi river in Cuttack witnessed huge congregation of people this morning as they performed rituals and floated boats.

Scenes were similar at Bindu Sagar near Lingaraj Temple in the capital city.

The state government had restricted the congregation during the last two years due to the COVID-19 situation. 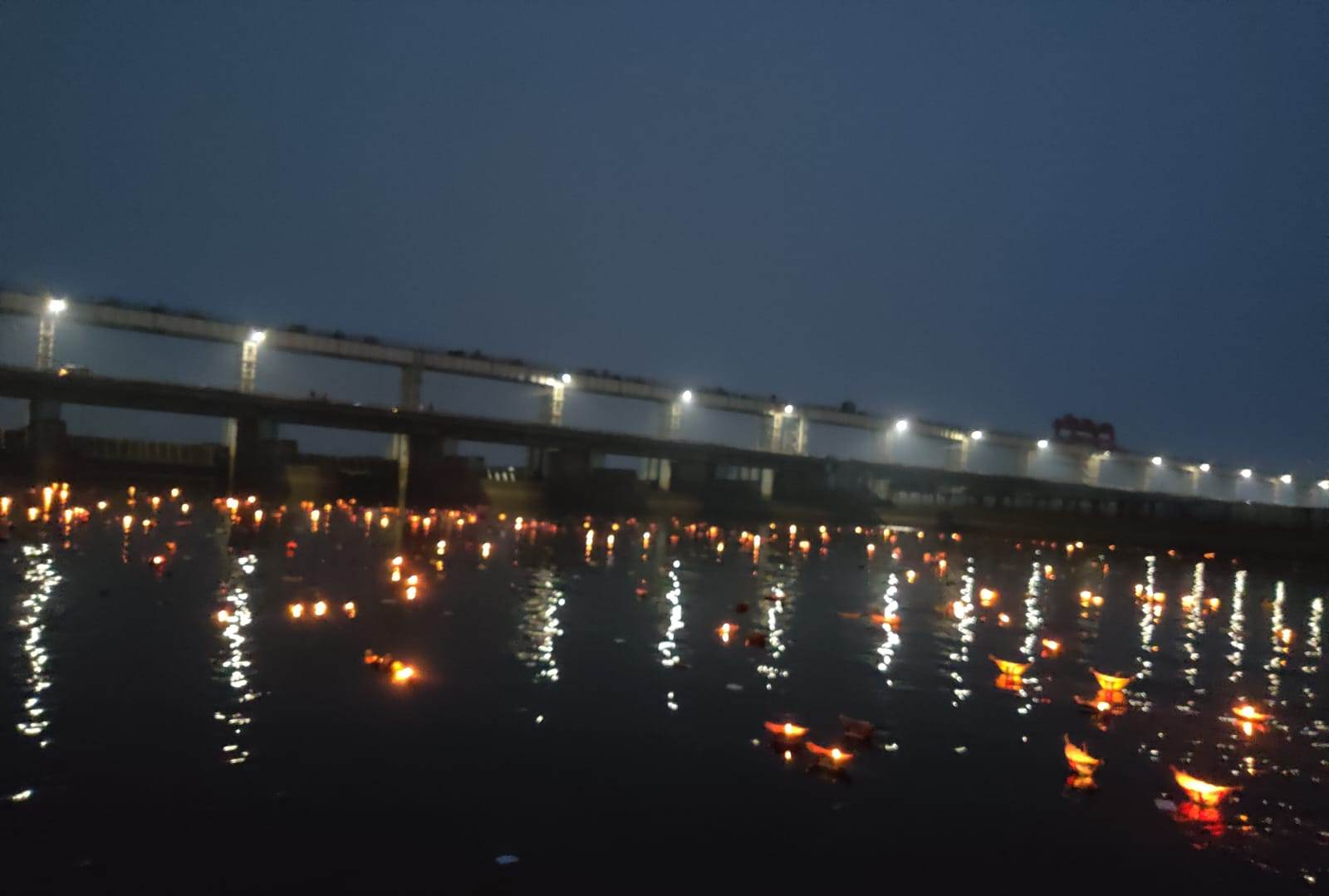 Traders, called as Sadhabas, from this eastern state of India, then known as Kalinga, used to embark on voyages to southeast Asian countries and islands like Indonesia, Java, Sumatra and Bali for business.

While leaving for the journey, their kin used to perform special puja namely Boita Bandana for the safe return of the businessmen.

Though the ancient form of trade no longer is in vogue, the citizens here celebrate the spirit of the past glory with pomp and gaiety, symbolically with flowing of miniature boats in water bodies, followed by visit to temples early in the morning.

The boats are prepared out of banana stem and coconut stick, lit with diyas while betel leaves and betel nuts are kept on them.