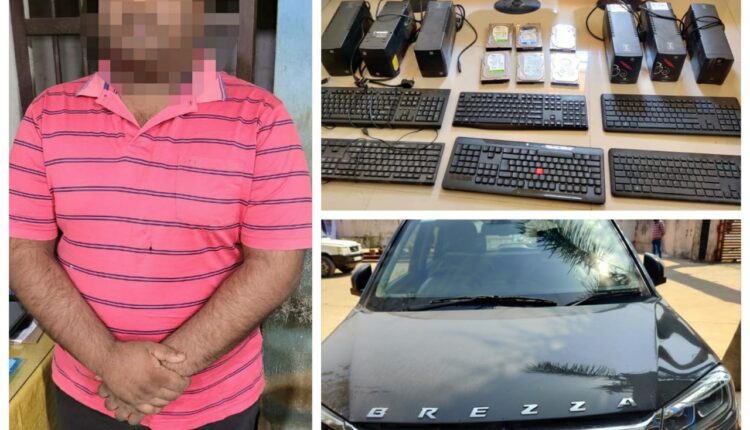 Cuttack: The Twin City Commissionerate Police have arrested a person for allegedly duping people to the tune of Rs 5 crore on the pretext of recharging mobile phone numbers.

The accused has been identified as Bipra Prasad Swain of Balikuda area in Jagatsinghpur district.

According to police sources, the accused had formed an online company namely ‘Sangvi Enterprisers Limited’ at 42 Mouza under Cuttack Sadar police limits. He had engaged some agents who used to collect money from people for recharging their mobile phone numbers and DTH accounts after offering them annual plans ranging from Rs 999 to Rs 1499.

After paying the amount, the duped customers got services for 5 to 6 months instead of 12 months.

Swain was apprehended by police today during a raid while multiple computers used in the offence have been seized from his possession. Efforts were on to arrest other accused, police said.