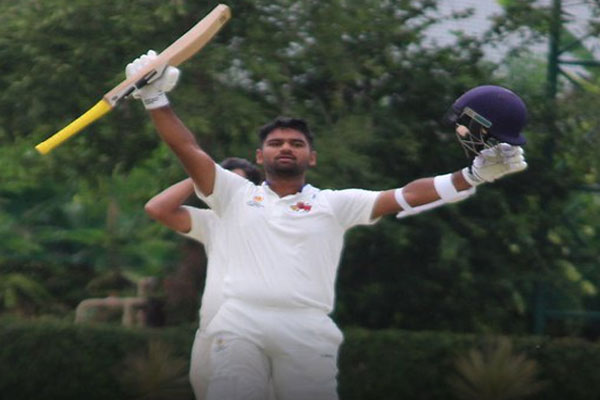 Bengaluru: Young Mumbai batter Suved Parkar on Tuesday made it to the record books, becoming the 12th Indian batter to score a double hundred on their first-class debut during the Ranji Trophy match against Uttarakhand.

Parkar, who was batting on 104 at stumps on Monday, completed his double century as he helped Mumbai cross 600 runs on the second day of the five-day match being played at the Alur Cricket Ground.

Parkar was standing in for the injured Ajinkya Rahane in the Ranji Trophy quarterfinal.

Parkar achieved the milestone in the second session on Day 2, driving left-arm spinner Swapnil Singh for a single to long-off. The 21-year-old crossed the milestone off 37s balls, hitting 17 fours and three sixes.

He thus became the second batter from Mumbai and the 12th Indian batter overall. He is the 23rd batter from all over the world to score a double century on his first-class debut.

With Sarfaraz Khan hitting 153 and Parkar batting on 240, Mumbai, electing to bat after winning the toss, were 632/7 in 165 overs in their first innings at the time of writing this story.

Snana Jatra 2022 in Puri: Devotees to be allowed for darshan of Lords at Snana Mandap for 3 hours