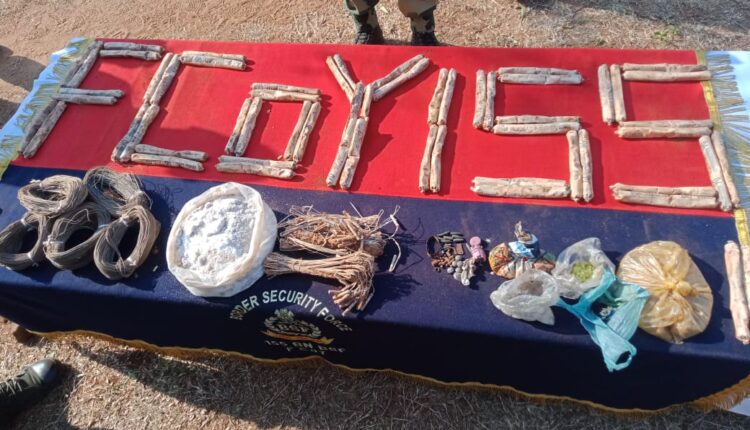 Koraput: A BSF Jawan had a narrow escape after he recovered a huge cache of explosives from Pindamali-Bhitarpara forest in Narayanpatna  area of Koraput district.

During a combing operation, the BSF Jawan recovered explosives, including 60 gelatins and 50 electric detonators from the forest. Besides, 30 small iron pellets , electric wires and 2.5 kg gun powder were also seized. 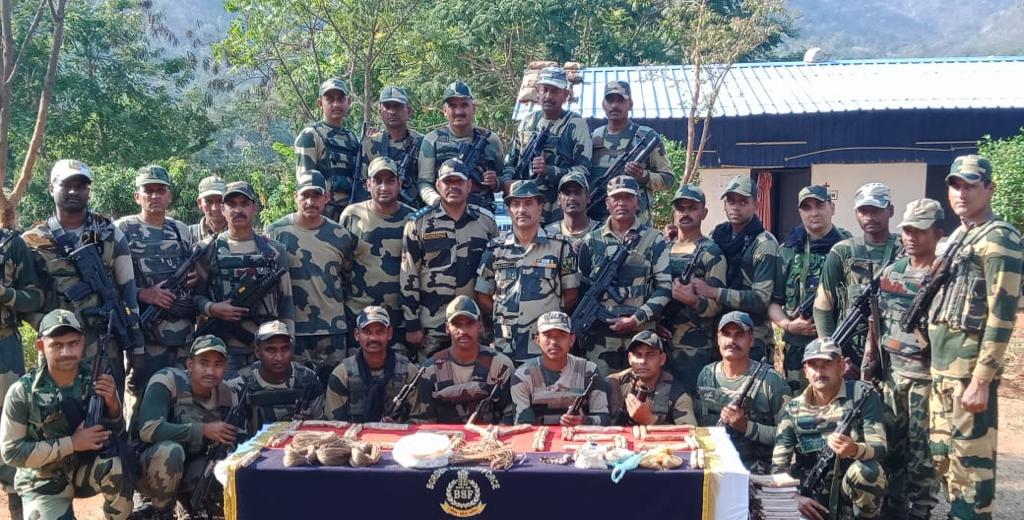 The combing operation was launched by COB Tentulipadar, 155 Battalion, BSF.  After a thorough search drive, the security personnel returned to COB.