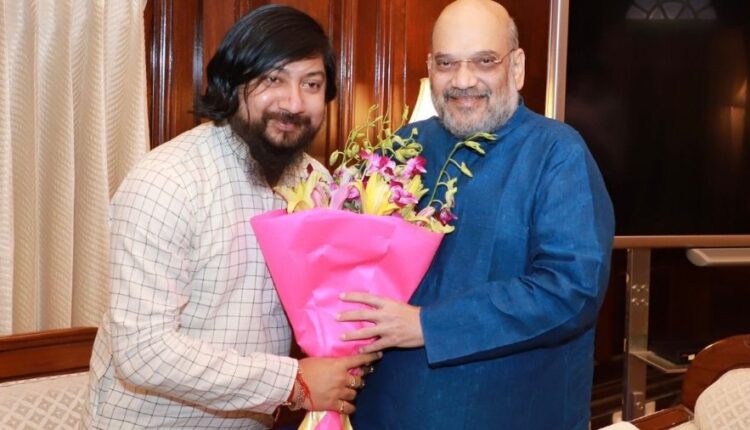 Kolkata: The question raised by Congress MP in Rajya Sabaha Ripun Bora that the recently inducted Minister of Home for State in the Narendra Modi government is a Bangladeshi national, has created sharp debates in West Bengal politics.

In a letter written to Prime Minister Narendra Modi on Friday, Bora said, “I am writing this letter to bring to your notice a very serious and sensitive matter regarding the citizenship and birth place of Nisith Pramanik, the recently appointed union Minister of State, Home affairs”.

“As per the report published in a news channel, Nisith Pramanik is a Bangladeshi National. His birth place is Harinathpur, under Palasbari P.S., District – Gaibandha of Bangladesh. He came to West Bengal for computer study and after taking degree he first joined Trinamool Congress (TMC) and later joined BJP and was elected as MP from Cooch Behar,” the MP wrote.

There are further reports, Bora said quoting different channels and newspaper reports, “He showed his address as Cooch Behar in election papers by manipulation”. It has also been highlighted “the jubilant scenario, including statements of his elder brother and some villagers of his native village at Bangladesh expressing their satisfaction on being appointed Nisith Pramanik as Union minister of State, MHA,” the MP said.

“If it is so, this is a very serious matter for the country, that a foreign national is appointed as Union Minister,” the MP said. “Therefore, I urge upon you to conduct an enquiry about the actual birth place and nationality of Nisith Pramanik in a most transparent way and clarify the whole issue as it creates confusion across the country,” he added.

State minister of Higher Education, Bratya Basu supporting Bora for his concerns expressed shock. On his Twitter handle Basu said, “Several news channels have reported that @NisithPramanik is a citizen of Bangladesh. Did no background check happen before his appointment?! And let’s not forget the innumerable criminal cases…”.

Another state minister Indranil Sen said, “Shocked and stunned to learn that Union Minister @NisithPramanik might be a citizen of Bangladesh! This is of alarming concern to the security of India if an incumbent Union Minister is a foreign national. How could the @narendramodi Govt allow for such a security lapse?”

“Why Trinamool Congress so worried about his nationality? If he is not an Indian national then from where did he get the documents,” a senior BJP leader said.

At 35, BJP MP Nisith Pramanik is the youngest politician to have ever been appointed as a minister of state (MoS) in the Union government. Pramanik also became the first-ever central minister from West Bengal’s Cooch Behar district. He is also the first Rajbongshi to have been appointed to the Council of Ministers.