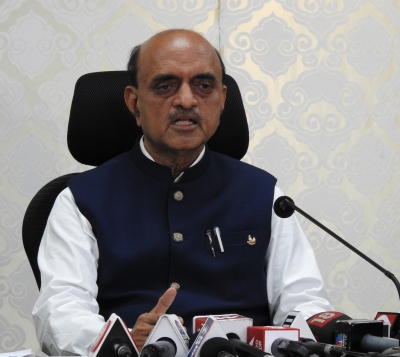 New Delhi: There is no proposal under the Central government’s consideration to restore the old pension scheme, the Parliament was told on Monday.

“There is no proposal under consideration of government of India for restoration of old pension scheme,” Minister of State for Finance Bhagwat Karad told the Lok Sabha in a written reply to a question by AIMIM MP Asaduddin Owaisi.

Karad also said that the state governments of Rajasthan, Chhattisgarh, and Jharkhand, have sent proposals to the Central government and the PFRDA to return the accumulated corpus of subscribers under NPS to respective state governments, but no such proposal has been received from the Punjab government.

As far as proposals from governments of Rajasthan, Chhattisgarh and Jharkhand are concerned, the PFRDA has informed them that there is no provision under Pension Fund Regulatory and Development Authority Act 2013, read along with the PFRDA (Exits and Withdrawals under the National Pension System) Regulations, 2015, and other relevant regulations, as amended from time to time, vide which the funds, which are already deposited both in the form of government contribution and employees’ contribution towards NPS, along with accruals, can be refunded and deposited back to the state government, Karad said in his reply.