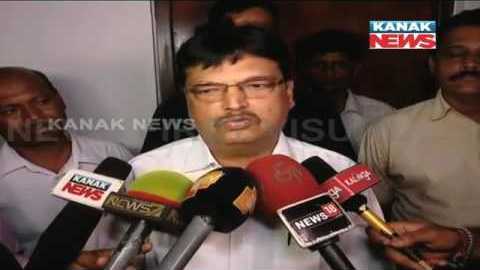 Bhubaneswar: Finance Minister Niranjan Pujari today made it clear in the state assembly that there was no provision of payment of compensation to the persons, who had invested more than Rs 10,000 in the chit fund companies.

The minister’s clarification came in response to a written question asked by Khandapada MLA Soumya Ranjan Patnaik. When will all the investors cheated by the chit fund companies be identified and how much time the government will take to identify the duped investors, who had invested more than Rs 10,000 – asked Patnaik.

Finance Minister said, “As per the term of reference of Justice MM Das Commission, there is no provision for payment of compensation to those who have invested above Rs 10,000 in the chit fund companies”.

The state government had appointed a commission, headed by retired judge of Orissa High Court Justice MM Das to identify small investors (those have invested below Rs 10,000) and had floated a corpus fund of Rs 300 crore for payment of compensation to the identified ‘small investors’.

The final inquiry report of the Justice MM Das Commission and the action taken report will be laid on the table of the state assembly as per the provision of sub section 4 of section 3 of the Commission of Inquiry Report-1952, on receipt of the report by the government, said the Finance Minister.

In reply to another query of Patnaik, the minister said that the Justice MM Das Commission had issued a fresh notification extending the time period for submission of affidavits for those who had failed to do so in 2013. By the extended last date of January 31, 2019, around seven lakh affidavits have been filed and steps are being initiated soon for digitization of these affidavits. After the digitization process, scrutiny will start. “After finalization of cases pending before the Justice MM Das Commission and various courts, the identification of the affected investors can be possible”, said the minister.

However, Finance Minister refused to divulge details about the number of chit fund companies and the quantity of money cheated by them. “Since the state government does not accord sanction to any chit fund company and investigation by the Justice MM Das Commission, Economic Offence Wing of the state crime branch police, district police authorities and other various investigating agencies is on, it’s not possible now to tell the number of the illegal non banking financial institutions which have duped the investors”, said the minister.