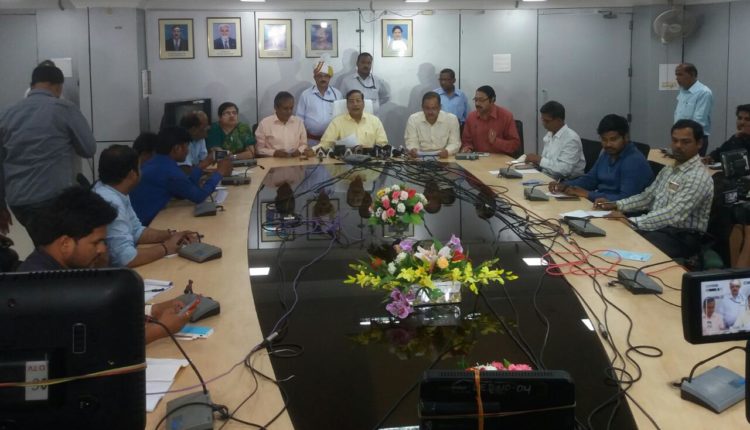 “In 2013 and 2014 elections were held in different municipalities, municipal corporations and Notified Area Councils (NACs). So elections will be held in phases to Urban Local Bodies (ULBs) which are completing their five-year term. In the first phase elections will be held to the three NACs of Nuapada, Hindol and Atabira which will be completing their term on 12th April this year. The State Election Commission today a little while earlier issued notification for holding of elections in these NACs,” informed State Election Commissioner Naba Kumar Nayak to reporters.

“According to the details of the programme Electoral Officer will issue notice on March 9. Nominations will be received from 13th March to 17th March every day between 11 am and 3 pm. Scrutiny of nominations will be held on 19th March, while list of eligible candidates will be published on 20th March. Similarly, candidates can withdraw their candidature by 3 pm on 22nd March and the final list of candidates will be published on the same day. If polling is required, casting of votes will be held on 3rd April between 8 am and 5 pm. Counting of votes and declaration of results will take place on 5th April. Counting of votes will start at 8 am and continue till completion,” he elaborated giving details of the schedule.

“In accordance with the directive of the State Election Commission model code of conduct will remain in effect from today till 5th April,” he added.