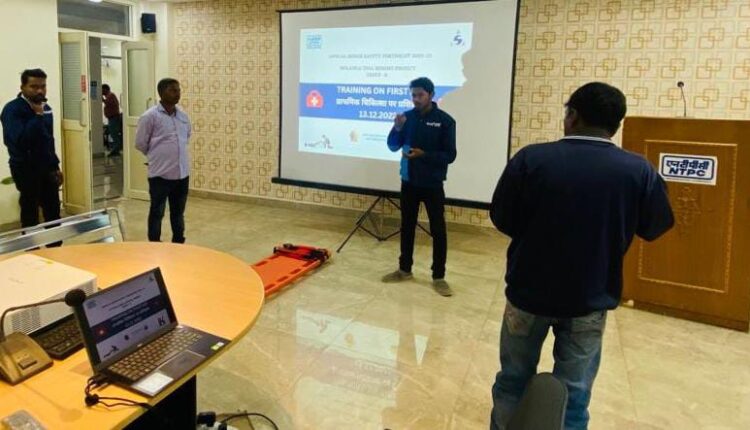 Sundargarh: Dulanga coal mine, operated by State-owned power giant  National Thermal Power Corporation (NTPC) observed Annual Mines Safety Fortnight 2022-23 from December 6 to December 19, 2022. One of the major events in the mining world is the annual mines safety fortnight, which is held to support the aim of achieving zero harm while working in the mines.

AMSF 2022-23 was inaugurated on December 6 with safety rally and safety flag hoisting in the mine’s premises by Anand Ji Agarwal, AGM (IT&TS), NTPC Dulanga. After the official opening, a number of daily events were planned to encourage the staff to adhere to safety procedures.

At the beginning of each shift, safety talks lasting 5 to 10 minutes were given on the daily basis. On December 7, Dulanga coal mine also held a mock drill with a focus on firefighting. The simulation drill was attended by Sadananda Chari Utnoori, Mine Manager, and Rajesh Ranjan, Safety Officer.

To promote the message of safety to the masses, several competitions were also held in addition to mock drills and regular training on themes like first-aid, blasting, etc. A few of the innovative ideas to draw more participation included a poster-making competition for SMASL employees, a slogan competition for employee spouses, and a video-making competition with a safety theme.

On December 11, the Safety Operating Procedures and Code of Practises were distributed to all involved workers in an effort to assure complete safety consciousness. A number of initiatives have also been planned by NTPC Dulang to further the concept of safety in the coming days.