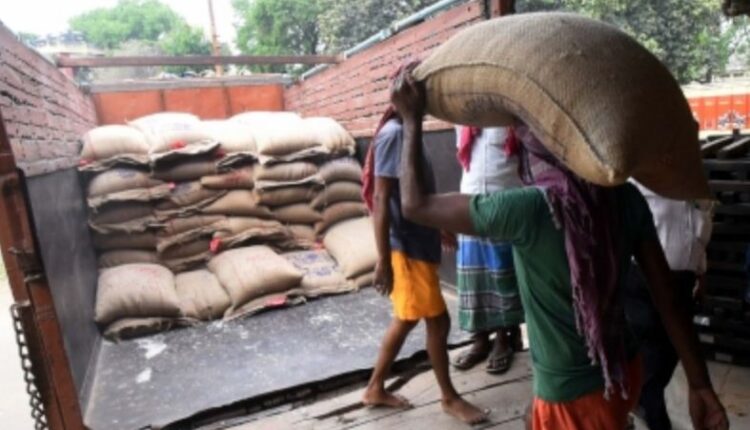 New Delhi: Odisha is at the second position in the country in terms of lifting food grains under the Pradhan Mantri Garib Kalyan Anna Yojana (PMGKAY) Phase 4, the Central Government said on Wednesday.

The Union Territory of Andaman and Nicobar has lifted the highest percentage of food grains under PMGKAY Phase 4, the government said.

The Ministry of Consumer Affairs, Food and Public Distribution said in a statement that the UT has lifted 93 per cent of the allocated food grains under PMGKAY 4 from July to September 15.

The Centre allocates foodgrains in every phase of the scheme and once the state government takes the allocated foodgrains from the Centre for further disbursement, it is called as lifting.

On the second spot, Odisha lifted 92 per cent followed by Tripura and Meghalaya at 73 per cent each, while Telangana, Mizoram and Arunachal Pradesh lifted 71 per cent foodgrains each in the above mentioned time period.

Pertinently, during Phase 4, 56.53 per cent of foodgrains have been lifted in the country. The Phase 4 period will conclude in November 2021.

The government has so far allocated nearly 600 LMT of food grains under the PMGKAY scheme in all its four phases.

Against the total allocation done under the scheme in all the phases, 82.76 per cent of lifting of foodgrains has been done till September 15.