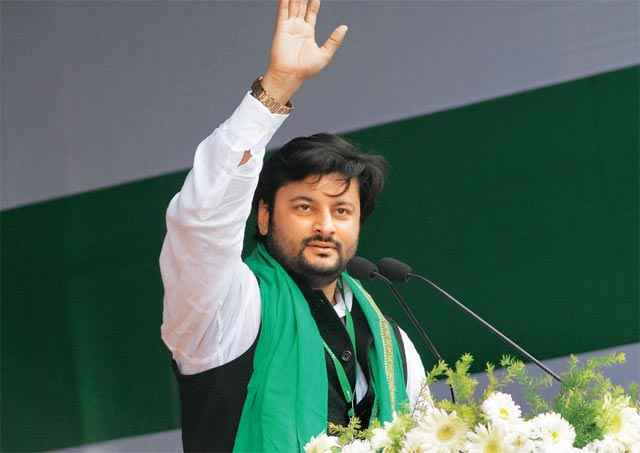 A delegation of BJP led by party’s spokesperson Sajjan Sharma submitted a memorandum to the Commission alleging the misuse of helicopter during the campaigning, which is in gross violation of model code of conduct imposed by the SEC across the state.

The Ollywood actor-turned politician allegedly flew on the chopper during the campaigning spree.

The party also targeted the government saying the decisions are being made in the third floor of the state secretariat.

“Four officers are taking the decisions in third floor of the state secretariat,” alleged Sharma adding that the party submitted the memorandum to the SEC seeking clear explanation why the government helicopter was used by the MP and whether it was brought on rent for poll campaign.

Countering the BJP’s allegation, the BJD alleged the saffron party of being involved in anti-social activities to motivate the voters in the state.

“The unregistered vehicles from Chhattisgarh loaded with ill-gotten money and other materials are being engaged in supplying the same in Odisha villages to influence the voters,” the BJD said in its counter allegation to the SEC.

Mars had water in recent past: Study

National Diagnostic Centre to be set up in Odisha