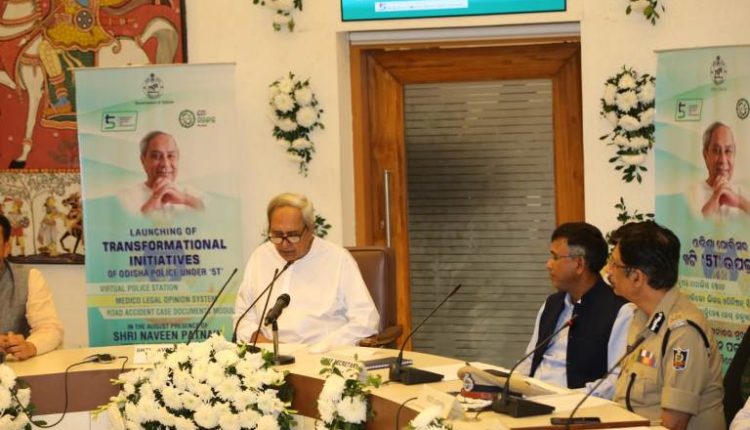 The Chief Minister said that the government is committed to providing citizen-centric governance under 5-T.

These initiatives will effectively reduce the necessity of citizens to visit police stations, he added.

The virtual police station is an online mechanism established at the State Crime Records Bureau in Bhubaneswar to facilitate online registration of FIR in unknown motor vehicle theft cases.

It will benefit citizens for claiming insurance in motor vehicle theft cases, said an official.

The road accident case documents module is a web-based application and it will help insurance companies or the victims in downloading the required documents like FIR, final form, spot map, MVI report and post mortem report.

The medico legal opinion system is a web-based system and it is helpful to both the police and medical professionals.