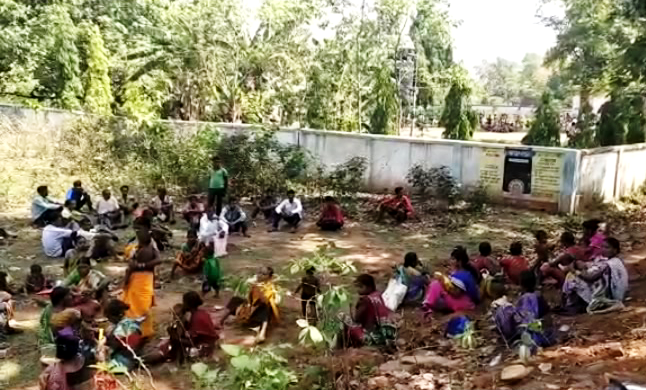 Bhubaneswar:  Even as EVM glitches were reported at various poll-bound places in the last phase elections in the State today, many voters decided to refrain themselves from franchising votes as a mark of protest over varied reasons.

As per reports, over 300 voters of Baragadia Dalitsahi in Sukinda Assembly Constituency boycotted the polls demanding inaction of the district administration to shift them from Kalinganagar industrial area in Japur district.

Similarly, villagers of Dokadiha under Bahalada block in Mayurbhanj district boycotted the elections alleging absence of basic facilities in the region.

Besides, voters of Dakadiha village under Balahda block in Mayurbhanj district and of Balikuda-Ersama Assembly Constituency in Jagatsinghpur and three villages in Patkura of Kendrapara district refused to cast votes as a mark of protest over various demands.

Earlier in the day, EVMs glitches were reported at various polling stations in Jajpur, Balasore, Kendrapara, Mayurbhanj, Cuttack, Jagatsinghpur and Bhadrak district forcing voters to wait in long queue to cash their votes.

About 35 per cent voter turnout was recorded till 1 pm in the last day of election in Odisha.