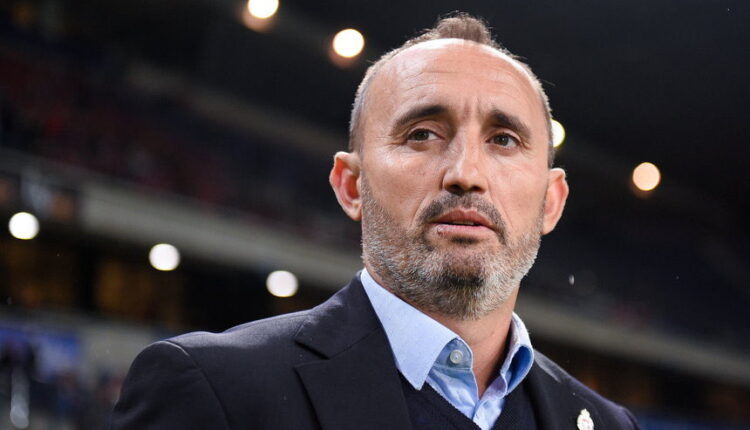 The 51-year-old Spaniard has signed for the Bhubaneswar-based franchise for a year with an option to extend after the season.

After his retirement from professional football as a player, Coach Ramírez started his coaching career with Spanish club Gimnastic as its Assistant Coach first in 2002 and then as its Youth Coach. In 2010, he joined Pobla Mafumet and returned to Gimnastic again in 2012. He has also coached other Spanish clubs like CE L’Hospitalet, CD Castellon, and CE Sabadell. He was the Second Coach at Nastic de Tarragona in the first division in Spain as well. His first foreign assignment was with Polish football club Wisla Krakow in 2017 and before coming to India, the UEFA Pro License holder was the Manager of Greek professional side AO Xanthi FC in 2019.

Born in Tarragona, Spain, Ramírez had started his footballing career with Gimnastic’s youth team and was then promoted to the senior side. He had also represented many other clubs in Spain including Sabadell, Malaga, Ceuta, Cartagonova among others before deciding to hang his boots and taking up coaching.

Speaking about the appointment, Club President Mr. Raj Athwal expressed, “We are delighted to welcome Coach Ramirez to the Odisha family. He brings a wealth of experience and knowledge to the club and has an impressive record with the clubs he has managed in Europe. Throughout the process, he impressed with his vision and ambition and demonstrated a desire to create a winning mentality at Odisha Football Club. I am sure our supporters and everyone in Odisha will welcome Coach Ramirez with open arms. We wish him well in achieving success for our football club.”

After signing for the Club, Coach Ramírez mentioned, “I am very excited to arrive in India and start working on this amazing project with Odisha FC to make our fans feel proud of the team. We are going to work hard to build a strong team with good players that represent our fan base.”

OFC has also roped in the services of Joaquín “Kino” García Sánchez as Assistant Coach and Head of Football Development ahead of the 2021-22 ISL season.

Joaquín, who has a UEFA Pro License, has a lot of experience in developing players and is a former coach at Valencia CF’s youth teams. He has coached many important players who are currently playing in the first division in Spain and also directed the Valencia CF Academy in Seoul. He also coached Levante UD in the first division of women’s football in Spain for several seasons. He was also the Director of Coaches in the Valencia area, working for the Spanish Federation.

Speaking on the Assistant Coach, Mr. Athwal stated, “I am also pleased to welcome our Assistant Coach Joaquin who has an impressive track record of developing players from the youth set up to the first team. His experience of coaching and developing the youth teams at Valencia CF will be paramount as we look to build and strengthen our Academy in Odisha. As an expert in Coaching, we have no doubt Joaquin alongside Coach Ramirez will bring much-needed success to Odisha Football Club.”

After joining OFC, the Spanish Assistant Coach and OFC’s new Head of Football Development explained, “I am happy to be part of the team as Assistant Coach of the first team and Head of Football Development for the Club. I am really looking forward to start training with the great team that we are building. To all the fans, you will feel proud of us. See you in the pitch.”