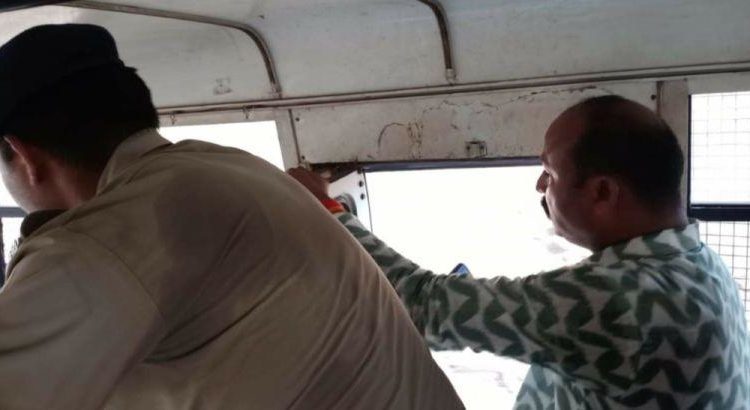 Talcher: Talcher MLA Braja Kishore Pradhan and hundreds of villagers have been detained by police at Hingula Project office in Talcher today. After Pradhan and the villagers opposed an eviction drive carried out by the Angul district administration at Harijan Sahi of Bhalugadia village under Talcher block, the police detained them.

Opposing the detention Pradhan has started hunger strike. Also, his supporters staged road blockades at different places in Talcher town by burning tyres this evening. They have called for a bandh in Talcher town on Wednesday.

Earlier in the day, the district administration carried out an eviction drive at Bhalugadia village. But residents of Harijan Sahi opposed the eviction drive saying that they have not been compensated completely.

A team of police personnel led by Angul SP Jagamohan Meena and other district administration officials asked the residents of Harijan Sahi to vacate the village saying that the land has been acquired by Mahanadi Coalfields Ltd’s Hingula Coal Region.

After getting information, the Talcher legislator reached the spot and opposed the eviction drive.

Later an altercation ensued between the SP and legislator over the eviction drive following which Pradhan was detained by the police.