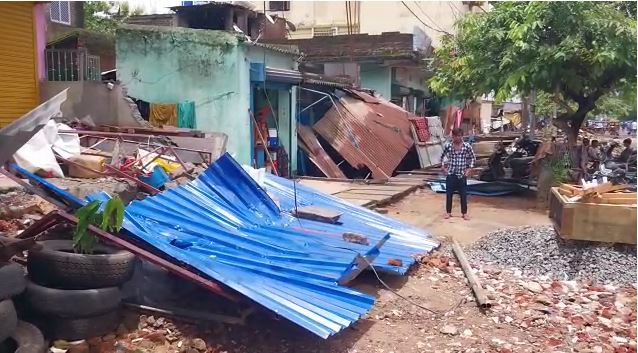 Cuttack: Four persons sustained burn injuries today after coming in contact with live electric wire while an eviction drive was underway near Rehman Square on Masjid Road in Cuttack.

The eviction was being carried out by Cuttack Municipal Corporation (CMC).

Two of the injured are security personnel of CMC and two others are local residents, a source said.

“Firstly, we were not at all informed about eviction; so also the electricity department. As a result, such an untoward incident took place today. Two of my sons have been injured,” a differently abled resident named SK Azad stated.

A house was also gutted in the incident after coming in contact with live electric wire, a woman resident Anwari Begum alleged. However, Deputy Commissioner of the civic body refuted the charge.

The injured were rushed to SCB Medical College and Hospital in the City.

Palpable tension prevailed in the locality following the incident.