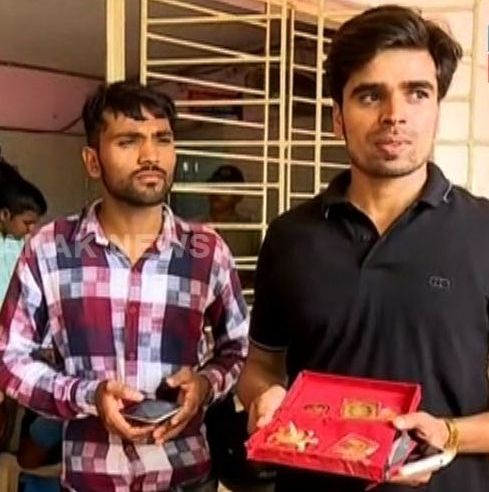 Bhubaneswar: In a bizarre incident, a person received idols of deities and other religious articles after he ordered a smartphone online.

According to reports, Bikrant Kumar, a resident of Bhubaneswar in Odisha, had received a phone call regarding an offer of a Samsung smartphone worth Rs 9,000 being sold at Rs 3,000 after implementation of GST.

Impressed by the discount, Kumar ordered the cellphone online with cash on delivery payment mode.

However, after receiving the parcel, he was shocked to discover Dhan Laxmi Yantra, some idols and a few religious stuffs from the packet.

A complaint in this regard has been lodged by him at the Khandagiri police station.