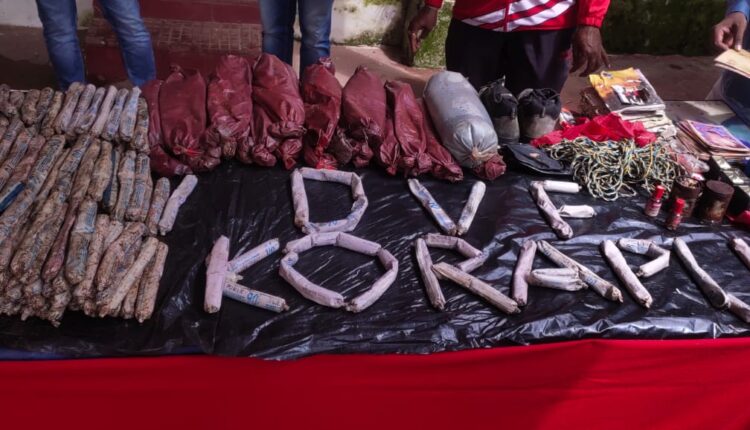 Koraput: A joint team of BSF and DVF  personnel unearthed a Maoist dump and seized huge cache of explosives from the Koraput-Malkangiri bordering area under Machkund police limits last night.

Based on intelligence report about movement of around 20 armed cadres of banned CPI (Maoist), an operation was launched  jointly by the BSF Ankadeli and Koraput DVF yesterday. However, the ultras managed to flee the spot , said Koraput SP Mukesh Bhamoo at a presser here last night.

Huge cache of explosives seized from train in Odisha

During the search, the team recovered an explosive dump. Soon after, a Bomb Detection and Disposal (BDD) team was called in and the area was cordoned off. Later, a huge cache of explosives and incriminating items dumped by the Maoists with an intention to target security forces were seized, the SP added.

The seized materials include 18 pieces of slurry and emulsion explosives, 500 pieces of gelatin, three camera flashes and 1200 grams splinters.

50% people develop antibodies against COVID-19 in this Odisha town